Among the new movies that were released Friday, Sept. 11 are a sequel to an actioner produced by WWE Studios, a faith-based flick featuring a look at the afterlife and comedy about two people’s quest to go from quirky to cool overnight. 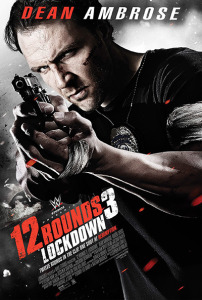 Dean Ambrose plays a detective who, returning to active duty after the death of his partner, uncovers evidence linking his fellow officers to a murder and is framed for a homicide he did not commit. Trapped in his own precinct, he will do whatever it takes to expose the dirty cops and clear his name. (R – 90 minutes)

When a sequel swaps out actors and/or characters, it is frustrating enough. When it swaps out the entire structure, then it can no longer be considered a sequel. “12 Rounds 3: Lockdown” has absolutely nothing in common with the 2009 thriller starring John Cena from which it derives its title. The “12 rounds” to which it refers are now ammunition as opposed to challenges thereby watering down an engrossingly innovative format to a boringly generic actioner. If there was any case for someone to sue a studio for misrepresentation, then this would most certainly be it. (Thumbs Down!) 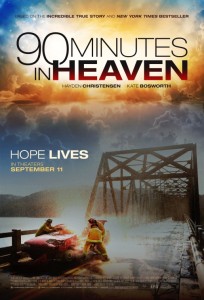 Hayden Christensen plays a man who is involved in a horrifying car crash and pronounced dead only to come back to life an hour and a half later, claiming to have seen Heaven. With the support and prayers of his beloved wife (Kate Bosworth), their three kids and friends near and far, he clings to his faith in God and fights to regain a semblance of his previous life. (PG-13 – 121 minutes)

Leaps and bounds more entertaining – and convincing – than last year’s annoyingly groundless and anticlimactic “Heaven is for Real,” the new faith-based drama “90 Minutes in Heaven” is beautifully moving and exceptionally encouraging. Even without the spiritual aspect, the story of a man’s struggle to come to terms with a such a deeply devastating experience is absolutely absorbing due to its depiction of resilience and love. But once we are granted a glimpse at said man’s 90 minutes in Heaven, we are overcome with hope and the movie climbs to a completely different level of significance. (Thumbs Up!) 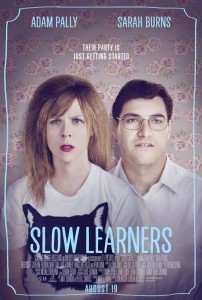 Adam Pally and Sarah Burns play close friends and co-workers who, embarrassingly unlucky at love, hatch a plan to transform themselves over the course of a sex-and-alcohol-fueled summer. (NR – 96 minutes)

There are a handful of scenes in “Slow Learners” that will leave you in absolute stitches – especially one set during a book club meeting. The high level of laughs that the new comedy is able to achieve is a true testament to the talent of stars Adam Pally and Sarah Burns as well as their various supporting cast members. However, perhaps it is because the characters are relatable in their quest to go from quirky to cool overnight that the movie is so amusing. It is predictable in its eventual destination but the journey to get there is extremely enjoyable. (Thumbs Up!)