Among the new movies that were released Friday, April 15 are a voyeurism chiller, an historical thriller and a live-action adaptation of an animated classic. 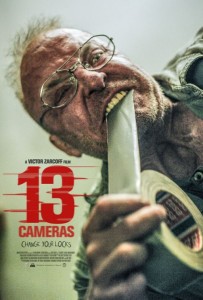 PJ McCabe and Brianne Moncrief play newlyweds who move into a new home having no ideas that their landlord (Neville Archambault) has installed secret cameras in it. They soon find out that their marital issues are nothing in comparison to the monster that watches their every move. (NR – 87 minutes)

Certain movies make you scared to go to particular places. For example, “Jaws” made it impossible to go swimming in the ocean while “Frozen” made many people think twice about boarding a ski lift. “13 Cameras,” on the other hand, makes you uneasy even being in your own home. The new voyeurism thriller sends chills down your spine and creates within you a paranoia about ominous observers that lingers long after the end credits have rolled. The film’s strongest asset is actor Neville Archambault, whose macabre mannerisms and frightening facial expressions alone will disturb you beyond belief. (3 Stars)

James Franco plays a novelist who, paralyzed by writer’s block and an escalating Adderall dependency, simultaneously delves into the details of a murder case with the help of a reporter (Amber Heard) and reunites with his estranged father (Ed Harris). He is forced to separate truth from lies and fact from fiction, ultimately leading him to finally reconcile his past and confront his future. (R – 105 minutes)

Judging from star James Franco’s committed performance, the actor really, really wanted “The Adderall Diaries” to be good. Unfortunately, try as he might, the new drama never amounts to much. Writer/director Pamela Romanowsky, working from a memoir by Stephen Elliott, frequently jumps from plot point to plot point and tone to tone without any clear connection or much needed subtlety. Feeling as though you have hyperactivity and impulse control issues is likely the effect Romanowsky intended for her audience but it does not make more a particularly pleasant – let alone coherent – experience. (1 Star) 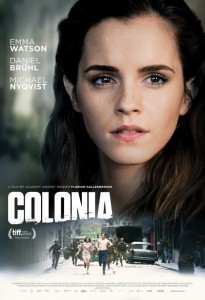 Emma Watson plays a young woman whose desperate search for her abducted boyfriend (Daniel Brühl) draws her into the infamous Colonia Dignidad – an ex-Nazi cult from which nobody ever escaped. (NR – 110 minutes)

“Colonia” is a highly effective thriller that features a despicable bad guy to get you all riled up and some tremendous tension to keep you on the edge of your seat. Having said that, while the movie does not disparage the true story of Colonia Dignidad from which it is derived, it does not necessarily contribute anything significant to it either. Some may discount the film because of that but others will appreciate its sheer entertainment value. Michael Nyqvist makes for one powerfully frightening villain while co-writer/director Florian Gallenberger sustains a level of suspense from which your nerves will be unable to escape. (3 Stars) 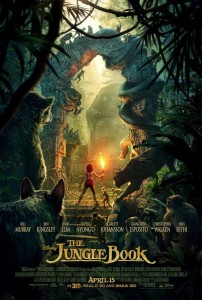 Neel Sethi plays an orphan boy who is raised in the jungle with the help of a pack of wolves (Lupita Nyong’o), a bear (Bill Murray) and a black panther (Ben Kingsley). Other voice talents include Idris Elba, Scarlett Johansson and Christopher Walken. (PG – 111 minutes)

Director Jon Favreau brings “The Jungle Book” to life in a magical and breathtaking way that would make Walt Disney exceptionally proud. The new adaptation of one of the most memorable animated masterpieces from Disney’s vault pays enough homage to the classic to charm those familiar with it while simultaneously reinventing it as a grand spectacle that wraps itself around you, truly transporting you to its lavish setting. Favreau and company have gone above and beyond the “bare necessities,” using visual ingenuity to create an experience that is absolutely the next best thing to an actual trip to the jungle. (4 Stars)