Among the new movies that were released Friday, Jan. 15 are an actioner from director Michael Bay, a character study starring Richard Gere and a drama that features a potentially controversial relationship.

‘13 Hours: The Secret Soldiers of Benghazi’ 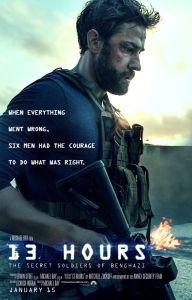 John Krasinski plays one of six elite ex-military operators employed by the CIA who fight back against overwhelming odds during an attack at a U.S. compound in Benghazi, Libya. (R – 144 minutes)

“13 Hours: The Secret Soldiers of Benghazi” is relentless in its intensity, serving as one great, big grenade launcher for your senses. Having been directed by Michael Bay, you should not be surprised that the new actioner has its fair share of explosions to keep you on the edge of your seat for the duration of the roller-coaster ride. But its best attribute is the infectious anxiety that it depicts, leaving viewers genuinely rattled. The first act could have been radically condensed as it is rather generic and makes the movie unnecessarily long while the rest is remarkably riveting. (4 Stars) 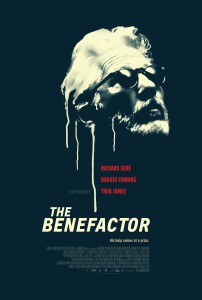 Dakota Fanning and Theo James plays a newly married couple that is forced to navigate the all-consuming interest of a powerful, mysterious, and possessive philanthropist (Richard Gere). (NR – 92 minutes)

At best, “The Benefactor” is a showcase for star Richard Gere’s acting abilities. He gives a commanding performance that cuts straight through to the message about self-serving philanthropy that writer/director Andrew Renzi is attempting to relay via debut drama. However, the story itself is too slowly paced and pretty predictable in its path to our flawed protagonist’s discovering the err of his ways. Without Gere’s convincing transitions between charming and contentious, there would be little in the film worth watching. As is, though, the movie makes for a thought-provoking character study and another reason to declare Gere as a truly talented actor. (3 Stars) 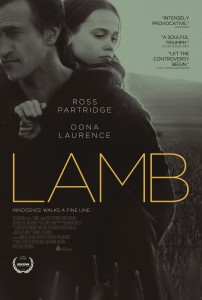 Ross Partridge plays a man who meets a young girl (Oona Laurence) in a parking lot and attempts to help her avoid a bleak destiny by initiating her into the beauty of the outside world. The journey shakes them in ways neither expects. (NR – 96 minutes)

“Lamb” is a movie that may say as much about the viewer as it does about its own subject matter. The new drama challenges its audiences to remain open-minded and leave any preconceived notions at the theater door. Those unable to do so will be appalled; but they will also miss out on writer/director/star Ross Partridge’s beautifully poetic message about looking outside of ourselves to understand one another. It is a message that encourages compassion and more enlightened beliefs about relationships. In addition to that, the film also features finely attuned performances from Partridge and his young co-star Oona Laurence. (4 Stars) 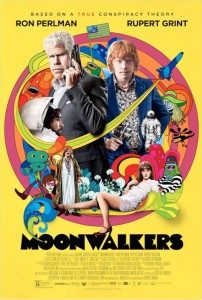 Ron Perlman plays an unstable CIA agent who, after failing to locate the legendary Stanley Kubrick, must instead team up with a seedy rock band manager (Rupert Grint) to develop the biggest con of all time – staging the moon landing. (R – 107 minutes)

“Moonwalkers” takes a silly premise and flails it around like a ragdoll until it is no longer amusing and only annoying. The new comedy has all of the signs of a first-time director trying to find his voice, frustrating viewers with various tonal shifts and no singular identity or vision. The end-result is rather dizzying – especially its dream-like sequences that feel more like a bad acid trip than productive entertainment. Worst of all, though, the flick falls victim to its own absurdity, posing more nonsensical scenarios than even a more accomplished filmmaker would know how to conclude. (2 Stars)