A Challenge to Women Leaders 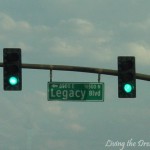 This morning, I Skyped with a former co-worker. We were comparing our lives since we’d left the company where we both worked; much has happened in the past two years for both of us. As we compared our stories, we had many of the same experiences.

Along the way, I mentioned that an intuitive friend, years before I actually moved to Arizona, told me that it would be a man who helped me get to Arizona. At the time, I was working for a female boss, a really good one—a strong leader, for six years of my career. My co-worker noted that as she had built her career, she was surrounded by a lot of great female mentors who supported her, gave her great ideas, and in general helped her out along the way. But when push came to shove, it was a man who actually made things happen for her.

Here’s what’s interesting about this—the females in the stories were the same rank or higher than the men. But somehow, it was the male leader that made it happen. And that’s disturbing to me.

I’ve lived in the corporate world since 1978. In my early career, of course it was men that made things happen! There were very few females in positions of power. Those that were there had kicked, screamed, and sacrificed family life to get to where they were, and they weren’t likely to share the glory with some young woman just entering the fray.

But that was then, and this is now. The situations that happened with my colleague and I were in the past three years. So, what’s the excuse?

I’m a female leader… I’ve had people reporting to me since 1981. That’s a really long time. And I find myself wondering, did I do all that I could have? Have I made things happen for people? Have I built my centers of influence to be strong enough to be able to help people make moves, or am I that woman that folks go to in order to feel better, so they can get back up on the horse and ride?

Don’t get me wrong. There is something to be said for being the supportive female leader. And lives get changed for the better when we are surrounded by people who lift us up, rather than smacking us down.

When push comes to shove, female leaders, do we exercise our influence? Have we built enough credibility to be respected as a mover and a shaker? My challenge to you is, take a look around. Who have you helped and in what ways? Can you do more? Can female leaders work together to help people make the changes in their lives that set them on their highest and best path? I’d like to hear your stories about how you’ve helped, or were helped by a female leader. Comments below, please.

A born connector, people magnet, gifted presenter, and calm, methodical coach, Laurie loves showing women who are going through the motions of life, wondering When will it be MY turn? the way to live their dreams. Like Joe, she has seen it all. Having spent 30+ years developing people in corporate environments while struggling to find meaning in a marriage that wasn’t working, Laurie discovered her own path to living the dream. Her ability to coach and develop high achieving women who feel overly responsible and burdened by life is her true passion and calling. If you have a hankering for something more in your life, you’re not alone or crazy. The life you deserve includes freedom, independence, and autonomy. With Laurie’s expertise, you can cultivate the life you’ve only dreamed of in record time.