Among the new movies that were released Friday, Oct. 31 are an anthology about death, a thriller about an amnesiac and a fairy tale about a young man who awakens one morning to find horns starting to grow from his own head. 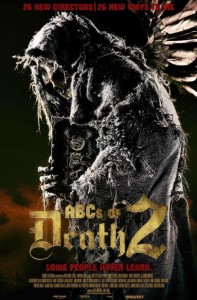 This anthology film is comprised of 26 individual chapters, each helmed by a different director assigned a letter of the alphabet and given free reign in choosing a word to create a story involving death. (NR – 125 minutes)

Much like its initial entry, “ABCs of Death 2” is clever in concept but excruciating in execution. Most of the 26 shorts range from pointlessly disgusting to simply pointless, with their helmers having taken an awful lot of liberties with their assigned letters of the alphabet. Series creator Ant Timpson’s decision to grant each director complete creative license is admirable but all anthologies need at least some oversight or else they end up like this – a messy amalgamation of gore and nothing more. “B is for Badger” and “M is for Masticate,” the latter of which is actually a fan-made entry, are among the rare high-points in the otherwise putrid project. (Thumbs Down!)

‘Before I Go to Sleep’ 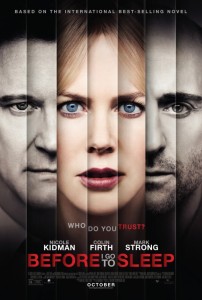 Nicole Kidman plays a woman who wakes up every day with no memory as the result of a traumatic accident in her past. One day, terrifying new truths begin to emerge that make her question everything she thinks she knows about her life – as well as everyone in it, including her doctor (Mark Strong) and even her husband (Colin Firth). (R – 92 minutes)

“Before I Go to Sleep” is so subdued that it may not be long before you… well… go to sleep – right there in the movie theater. Granted, its mystery is intriguing enough but writer/director Rowan Joffe employs a consistently controlled tone that acts as a mild sedative. As a result, the viewer feels as though they are watching a stationary stage play during which the three lead characters trade lines of dialogue. The fact that Nicole Kidman, Colin Firth and Mark String are familiar faces is the only thing keeping us awake long enough to experience the conclusion that finally offers some excitement. (Thumbs Down!) 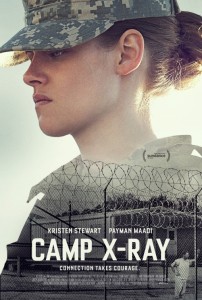 Kristen Stewart plays a new guard at Guantanamo Bay where, surrounded by hostile jihadists and aggressive squadmates, she strikes up an unusual friendship with one of the detainees (Peyman Moaadi). (R – 117 minutes)

“Camp X-Ray” is an incredibly simple film that requires an ounce of patience but delivers an enormous emotional reward. The new drama demonstrates that what we are assured is black and white is often grey. It also shows a different side to the war on terror – one that is without bullets but, as it turns out, is no less difficult on the soldier. Therefore, those looking for action may be a bit bored. However, those looking for an intelligent, thought-provoking and sincerely stirring story with a pair of compelling performances will be exceptionally satisfied. (Thumbs Up!) 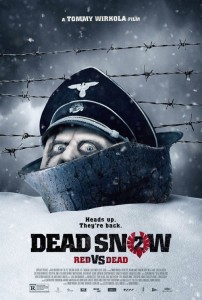 Vegar Hoel plays a medical student who wake up in a hospital bed with a new arm – a super-powered zombie arm that wants to kill him and anyone else it can reach. With the help of his new friends (Martin Starr, Jocelyn DeBoer and Ingrid Haas), he sets out to deliver payback to zombie Nazi that ruined his vacation. (R – 100 minutes)

One need not have seen “Dead Snow” in order to avoid being the least bit lost while watching its sequel “Dead Snow 2: Red vs. Dead,” which essentially picks up right where its predecessor left off. However, that may be the best part of the new comedic horror flick. Granted, there are promising plot elements – such as a cool super-powered zombie arm and a humorous trio of nerds that calls itself the Zombie Squad – but it all leads to a protractedly prosaic battle during which the undead duke it out, disregarding the story structure that was built along the way. (Thumbs Down!) 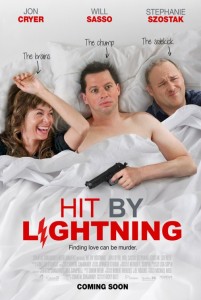 Jon Cryer plays a single, quiet 40-year old who meets the love of his life (Stephanie Szostak) via an online dating website. However, it is more than he bargained for when the woman asks him to kill her husband – a handsome, affable crime novelist and former Rabbi (Jed Rees). Will Sasso also stars. (NR – 90 minutes)

Jon Cryer is about as believable as a leading man as he is as the object of affection for a woman as beautiful as Stephanie Szostak. That is just one in a long list of problems with the “Two and a Half Men” star’s new romantic crime comedy “Hit by Lightning.” Others include Cryer’s co-star Will Sasso’s seemingly unnecessary presence in the motion picture and an overall lack of energy either propelling the plot forward or bringing each scene to entertaining life. If coming in clueless, the film’s first half is at least amusingly intriguing, but interest expels quicker than air in a popped balloon once true motives are revealed. (Thumbs Down!) 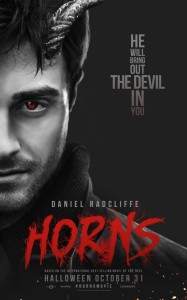 Daniel Radcliffe plays a man who is the number one suspect for the violent rape and murder of his girlfriend (Juno Temple). Hungover from a night of hard drinking, he awakens one morning to find horns starting to grow from his own head and soon realizes their power drives people to confess their sins and give in to their most selfish and unspeakable impulses. (R – 123 minutes)

“Horns” may eventually fly furiously off the edge during its final few moments but until then it is a riveting ride into the depths of one man’s Hell. Director Alexandre Aja brings Joe Hill’s novel to the big screen as a fun fable for adults – an enthralling noir that, so long as you can suspend your disbelief, will entertain and engage every step of the way. Aja skillfully juggles dark comedy and dead seriousness while star Daniel Radcliffe sheds his Harry Potter skin like a snake, making for one devilishly delightful fairy tale. (Thumbs Up!)