Among the new movies that were released Friday, March 20 are a comedy in which Jessica Biel plays a woman gets a nail lodged into her head, an actioner in which Taylor Lautner leaps off ledges of buildings and a comedic horror flick in which a group of college kids come face to face with zombeavers. 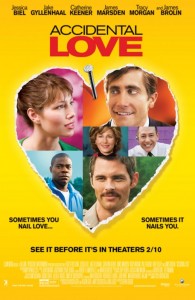 I liked “Accidental Love” better when it was called “Nailed.” No, that is not some quip comparing the new comedy to another movie of which it is supposedly a watered down version. It is indeed a watered down version but of a movie that will, tragically, never see the light of day. Having sat on the shelf for more than 5 years and basically abandoned by director David O. Russell before a key scene was even in the can, the bastardized end-result released to the public is a patchwork of insipidness. Storm clouds of stupidity occasionally make way for moments of creative inspiration, suggesting that this could have been – if properly completed – a quick-witted flick of which its shockingly talented cast were not severely ashamed. (Thumbs Down!) 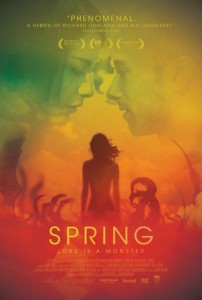 Lou Taylor Pucci plays a young man who, in a personal tailspin, flees the U.S. to Italy, where he sparks up a romance with a woman (Nadia Hilker) harboring a dark, primordial secret. (NR – 109 minutes)

“Spring” promises romantic horror but, unfortunately, it is far more interested in exhibiting the romantic half of that equation than the horror half of it. Granted, the Italian settings are awe-inspiring but most moviegoers will not likely be looking for a travelogue when purchasing a ticket to see this flick. Moreover, star Lou Taylor Pucci gives a commendable performance, per usual, however a plodding pace makes it increasingly difficult to remain interested in the story – even when it gets to the juicy stuff, which is less the stuff of nightmares than it is the stuff of a freakish romance novel. (Thumbs Down!) 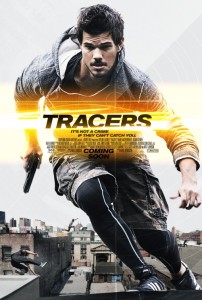 Taylor Lautner plays a bike messenger who, hoping to alleviate his deepening debt to a violent crime gang, joins a team that uses parkour to pull off heists. He must use every ounce of his skill to stay alive as the crew’s heists grow more daring with each job and gang enforcers breathe relentlessly down his neck. (PG-13 – 90 minutes)

The kinetic energy that is exuded by “Tracers” is certain to get your heart not only racing but climbing, swinging, mantling, vaulting, jumping, rolling… you get the idea. The new actioner provides plenty of parkour excitement and seems to have been tailor-made for star Taylor Lautner, whose animalistic movements make for some stunning chase sequences. Having said that, the plot is relatively routine as it sets up a scenario we have seen time and time again and traverses to a pretty predictable ending. But even the easily foreseeable finale is fun thanks to several stunts that will likely leave you on the edge of your seat. (Thumbs Up!) 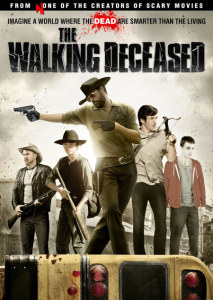 Dave Sheridan plays a small town sheriff who joins a motley crew of survivors as they weather confrontations with zombies, meet up and then leave their tattered camp – a partially destroyed shopping mall. (R – 98 minutes)

Believe it or not, “The Walking Deceased” is not as bad as it looks. Then again, that is pretty much the extent of the praise of which the new feature-length spoof deserves as you are likely to have way more fun Zombie LARPing with your friends than watching what is essentially a “Saturday Night Live” skit stretched to the point of humor depletion. Granted, the cast of unknowns achieves about as much amusement as the so-called celebrities that populate parodies like “Scary Movie” and “A Haunted House” do, but that is a laughably low bar for which to reach. (Thumbs Down!) 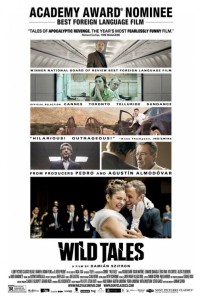 Vulnerable in the face of a reality that shifts and suddenly turns unpredictable, several different people cross the thin line that divides civilization and barbarism. A lover’s betrayal, a return to the repressed past and the violence woven into everyday encounters drive them to madness as they cede to the undeniable pleasure of losing control. (R – 122 minutes)

“Wild Tales” is not only the most entertaining foreign-language film of the year, it is also the best – two qualitative factors that rarely align. Spanning six different yet equally peculiar parables, the new Argentinian import is an exceptionally clever and wonderfully wicked anthology about losing control. Its dark energy and depraved enthusiasm are infectious as each short twists, turns, intrigues, thrills, shocks and incites fits of laughter. Each one is enjoyable in its own right, with a story about road rage taking the prize for best (or at least most debased) in show, but together they weave one devilishly delightful feature film. (Breakthrough!) 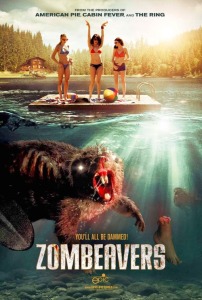 Rachel Melvin, Cortney Palm and Lexi Atkins play college girls whose weekend getaway at a remote cabin is quickly jeopardized by a hungry bear, a menacing hunter, their own party-crashing boyfriends and a horde of bloodthirsty, zombified beavers. (R – 85 minutes)

“Zombeavers” is every bit as fun as its title suggests, succeeding on both comedic and horrifying levels. The new genre-bender simultaneously goes for the jugular and the funny bone with its razor-sharp teeth… I mean wit, delivering the kind of unapologetically asinine amusement that will having you rolling in the aisle before hiding beneath your seat. Sure it is all a bit silly but it is also surprisingly effective as a legitimate horror flick. And do not worry, the film features more than its fair share of quintessential beaver jokes – such as, “Why did the beaver cross the road?” (Thumbs Up!)