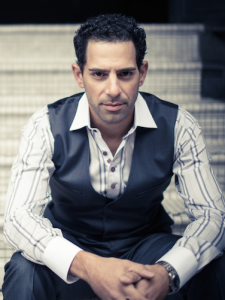 Actor Patrick Sabongui recently spoke with “Breakthrough Entertainment” about his role in the new actioner “Godzilla.”

In “Godzilla,” which opens Friday, May 16, the world’s most famous monster is pitted against malevolent creatures who, bolstered by humanity’s scientific arrogance, threaten our very existence.

Listen to “Breakthrough Entertainment’s” full interview with Sabongui by clicking HERE. The following is an excerpt from the interview in which the actor discusses his appreciation for this project.

“From the minute that I was invited to audition for it I was just giddy. I mean, it is ‘Godzilla!’ I don’t know if there are any other characters in history that are that iconic. So the excitement never wore off. You roll onto set and everybody is acutely aware of what we are doing – we are working on ‘Godzilla’ – and that kind of makes everything OK.

“You are instantly part of history regardless of how it does at the box office or what the critics say or how people feel about it. You are part of history if you are working on a ‘Godzilla’ film so there is that energy and that atmosphere that is created around the whole experience.

“One of my earliest memories was my family gathering around the TV – which had horrible resolution back in the day – and my parents were going to let us all stay up late to watch ‘Godzilla.’