Among the new movies that were released Friday, April 24 are a modern-day fairytale set in the fashion industry, a historical drama directed by and starring Russell Crowe and an animal tale that takes viewers by surprise. 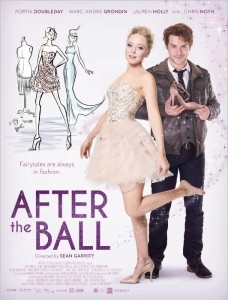 Portia Doubleday plays a young fashion designer who runs afoul of her corrupt stepmother and stepsisters and dons a disguise to help save the family business for her father. (NR – 102 minutes)

Of all the cinematic attempts to update the story of “Cinderella” for current times and situations, “After the Ball” is one of the best. The new modern-day fairytale set in the fashion industry is delightfully entertaining, preserving the heart and soul of its source material while repackaging particular details to keep audiences actively engaged – genuinely agitated by Lauren Holly’s wicked stepmother and wholeheartedly rooting for Portia Doubleday’s likeable lead. The movie is mostly light and fluffy fun but it also emits admirably traditional values and features some intrinsically clever writing that yields as many laughs as it does authentic enchantment. (Thumbs Up!) 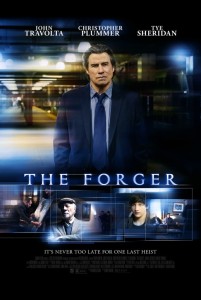 John Travolta plays a second-generation petty thief who arranges to get out of prison to spend time with his ailing son (Tye Sheridan) by taking on a job forging a painting by Monet and stealing the original with his father (Christopher Plummer) to pay back the syndicate that arranged his release. (R – 92 minutes)

“The Forger” attempts to blend two genres with generally mixed results. As a heist thriller, it leaves a lot to be desired as it traces a well-worn formula, yielding predictability and therefore a bit of boredom. However, as a drama, it is rather involving, tugging on viewers’ heartstrings and earning their desire to see star John Travolta’s character succeed. The story’s greatest asset is its sincerity, which is why the feigned action feels so out of place. However, it remains entertaining and engaging through to the end in spite of its flaws and is worth watching if only for its surprising sentimentality. (Thumbs Up!)

‘See You in Valhalla’ 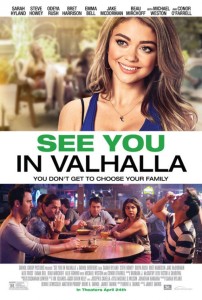 Sarah Hyland plays a young woman who, after the bizarre death of her brother, returns home after 4 years to face her strange siblings, her out-of-touch father and her very touchy past. (R – 82 minutes)

Add the family depicted in “See You in Valhalla” to the list of those that make your own seem normal and peace-loving by comparison. The dysfunction on display in the new dramedy is at levels that may make moviegoers feel emotionally exhausted simply by observing it. However, that also makes it kind of cathartic, as secrets are revealed thereby unearthing relatable motives to each family member’s madness. Steve Howey, Bret Harrison and Emma Bell emerge as the movie’s most entertaining talents while star Sarah Hyland may need a bit more experience to shed her “Modern Family” skin as she seems awkwardly out of place here. (Thumbs Up!) 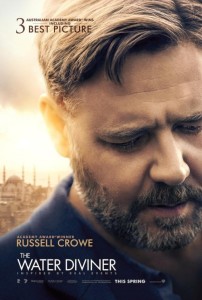 Russell Crowe plays an Australian man who travels to Turkey after the Battle of Gallipoli to try and locate his three missing sons. Olga Kurylenko and Jai Courtney also star. (R – 111 minutes)

“The Water Diviner” is a strong directorial debut for Russell Crowe and an even stronger acting achievement for him. Crowe delivers an emotionally powerful performance in the new historical drama as a resolute man who, carrying an awful lot of pain, has an uncanny connection with the land that begins with water but extends far beyond it. Doing double duty, Crowe takes viewers on an absorbing journey that is sure to resonate with parents while also managing to elicit a sophisticated love story. It all feels somewhat old fashioned – in the best possible sense of the term that makes the movie’s mildly magical elements believable. (Thumbs Up!) 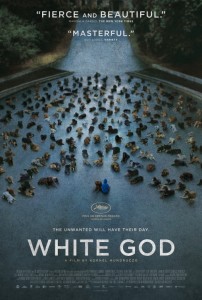 Zsófia Psotta plays a young girl who is forced to give up her beloved dog because its mixed-breed heritage is deemed unfit by the State. The two then begin a dangerous journey back towards each other. (R – 117 minutes)

“White God” may very well take you by complete surprise. What starts out as an emotionally charging story about the abruptly broken bond between a young girl and her dog slowly grows into a dark depiction of man’s hideously inhumane treatment of animals. But before all is said and done, the movie shifts gears again and becomes something so unexpected that it is certain to divide viewers with the first faction loving its audaciousness and the other being appalled by it. Both will be blown away by the visual force of it, though, as well as its metaphorical significance. (Thumbs Up!)