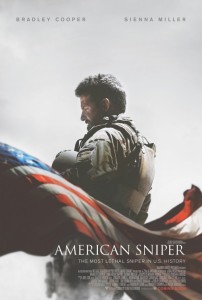 Bradley Cooper portrays the most lethal sniper in U.S. military history – a U.S. Navy SEAL whose pinpoint accuracy saves countless lives on the battlefield but also places a price on his head, making him a prime target of insurgents. (R – 134 minutes)

“American Sniper” delivers one of the most devastating experiences of the year, leaving viewers absolutely heartbroken once the end credits begin to roll. Director Clint Eastwood’s new biopic based on Chris Kyle’s book is an often unbearably suspenseful film that has moviegoers gasping for air while also perceptively examining the effects of war – physical, psychological and emotional – on both soldiers and their families. The final firefight, taking place smack-dab in the middle of a spellbinding sandstorm, is one of the year’s greatest cinematic accomplishments – as is star Bradley Cooper’s performance, into which the actor almost entirely disappears. (Breakthrough!)

‘A Most Violent Year’ 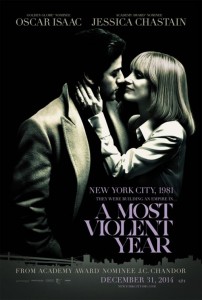 Oscar Isaac plays an immigrant who, in the winter of 1981 – statistically one of the most crime-ridden years in New York City’s history – attempts to capitalize on the American Dream, while the rampant violence, decay and corruption of the day drag him in and threaten to destroy all that he has built. Jessica Chastain also stars. (R – 125 minutes)

“A Most Violent Year” is a most boring movie. Save for a pair of scenes that feature some spectacularly suspenseful foot chases, the new drama is a dry wasteland that very well may put most moviegoers to sleep. To fall asleep would still be somewhat of a disservice to yourself, though, as stars Oscar Isaac and Jessica Chastain turn in terrific performances despite not having much plot with which to work and Bradford Young’s cinematography is simply stunning. However, the story does not go anywhere and anything resembling a climax – much less “a most violent one” – is nowhere to be found. (Thumbs Down!) 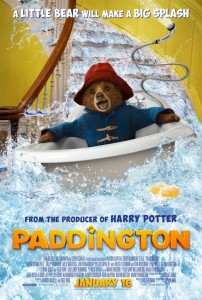 Ben Whishaw voices a young Peruvian bear who travels to the city in search of a home. Finding himself lost and alone, he begins to realize that city life is not all he had imagined – until he meets the kindly Brown family that offers him a temporary haven. (PG – 95 minutes)

“Paddington” is a magically charming motion picture, every bit living up to author Michael Bond’s classic stories that illuminated many of our childhoods. The new family flick, which blends live-action with computer animation, is vastly imaginative, incredibly cute and most of all wonderfully heartwarming as it wins over audiences of all ages with lots of organic laughs and an earnest story about loving and looking out for one another. Its sole imperfection is that every admission does not come with a marmalade sandwich. Then again, you could always sneak an emergency one into the theater by hiding it under your hat. (Breakthrough!) 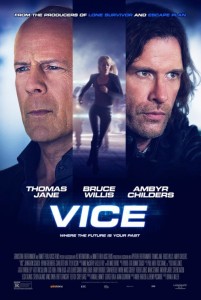 Ambyr Childers plays an artificial inhabitant who, part of the ultimate resort where customers can play out their wildest fantasies, becomes self-aware, escapes and finds herself caught in the crossfire between mercenaries and a cop (Thomas Jane) who is hell-bent on stopping the violence once and for all. (R – 96 minutes)

Bruce Willis continues his streak of receiving above-the-title credit for a role that is basically a glorified cameo in an absolutely atrocious film with “Vice.” Lifting the basic premise from “Westworld” may not in and of itself be a crime but presenting it in such a way that is devoid of any satirical insight whatsoever while exercising ignorance with more genre cliches than an “artificial inhabitant” can compute certainly qualifies the film for a few arrest-worthy charges. Sadly, this is only the first of many similar movies set for release this year. Here’s hoping the rest are at least a little better. (Thumbs Down!)