‘Anomalisa’ is beautifully artistic, ‘The Revenant’ is completely captivating

Among the new movies that were released Friday, Jan. 8 are an animated project from writer/director Charlie Kaufman and a wilderness drama starring Leonardo DiCaprio. 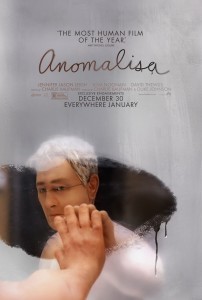 David Thewlis voices a man who, crippled by the mundanity of his life, experiences something out of the ordinary. Additional voice talents include Jennifer Jason Leigh and Tom Noonan. (R – 90 minutes)

Some moviegoers may immediately dismiss “Anomalisa” due to it being an animated film. However, it only takes a few moments before you completely succumb to its story and find yourself identifying with its characters who quickly become more real than most of those that are made of flesh and blood in other movies. Universal emotions that are authentically addressed in a beautifully artistic manner as writer/director Charlie Kaufman makes some stupendously poignant observations about life. An unsatisfyingly open-ended conclusion prevents the motion picture from approaching perfection but its tendency to encourage simultaneous thought and feeling is second to none. (4 Stars) 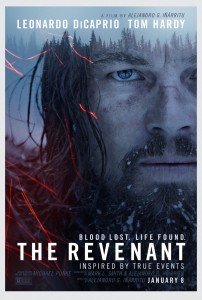 Leonardo DiCaprio plays a legendary explorer who, in an expedition of the uncharted American wilderness, is brutally attacked by a bear and left for dead by members of his own hunting team. In a quest to survive, he endures unimaginable grief as well as the betrayal of his confidant (Tom Hardy). Guided by sheer will and the love of his family, he must navigate a vicious winter in a relentless pursuit to live and find redemption. (R – 156 minutes)

Leonardo DiCaprio has shined in many roles over his career but never has he done so with so little dialogue as in “The Revenant.” The new drama sees the actor giving one of his greatest performances primarily with the use of facial expressions and body language. He expertly communicates physical and emotional pain as well as a purposeful perseverance that will leave viewers simultaneously exhilarated and exhausted. It takes some time to become interested and invested in the world that Alejandro González Iñárritu creates but once the bear attack occurs, there is no turning back from a completely captivating adventure. (4 Stars)