Among the new movies that were released Friday, July 17 are a action-packed heist comedy about a man who can shrink down to the size of an ant, a dramatic thriller in which Viola Davis and Jennifer Lopez play grieving mothers who take matters into their own hands and a drama that showcases the lighthouses along the California coast.

Paul Rudd plays a master thief who, armed with the astonishing ability to shrink in scale but increase in strength, must embrace his inner-hero and help his mentor (Michael Douglas) protect the secret behind his spectacular Ant-Man suit from a new generation of towering threats. (PG-13 – 115 minutes)

“Ant-Man” drastically differs from Marvel’s other movies. And said differences are precisely what makes it one of the studio’s finest films. First and foremost, it is not so much a superhero flick as it is an action-packed heist comedy – with a particular emphasis on “comedy.” Moreover, star Paul Rudd’s character – a flawed man and reluctant hero – is significantly more relatable than, say, Chris Hemsworth’s Asgardian God. Finally, and perhaps most notably, the stakes are smaller and less apocalyptic, keeping the doom and gloom to a bare minimum so that we can fully appreciate the fantastic fun. (Thumbs Up!)

David Spade reprises his role as a mullet-wearing, rock and roll loving, down on his luck white-trash-hero who embarks on an epic journey through the recent past, the heartland of America and his own mind to get back to his loved ones. (NR – 106 minutes)

“Joe Dirt 2: Beautiful Loser” gets points for trying – in terms of both its enticing distribution strategy and its heartfelt moral – but it lacks the creativity necessary to justify its existence. The sequel to the 2001 comedy borrows inspiration from plenty of other motion pictures – most notably “Forrest Gump,” “The Wizard of Oz” and “It’s a Wonderful Life” – but it fails to initiate any inspiration of its own. Granted, there are a few funny moments and the entire ordeal is diverting enough to warrant a nonchalant watch but that is fairly faint praise for an otherwise unremarkable movie. (Thumbs Down!) 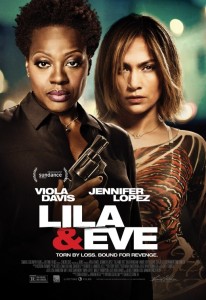 Viola Davis plays a grief-stricken mother who, in the aftermath of her son’s murder in a drive-by shooting, attends a support group where she meets another mother (Jennifer Lopez) who urges her to take matters into her own hands and track down her son’s killers. (R – 94 minutes)

“Lila and Eve” is an exceptionally engaging dramatic thriller – one that eventually sweeps the rug right up from under you. Stars Viola Davis and Jennifer Lopez give robust performances that lend themselves to the movie’s emotionally captivating nature. Granted, it will likely lose the admiration of viewers who are unable to suspend disbelief but its preposterous plot points are merely used for dramatic effect, increasing the audience’s enthusiasm over these two characters’ commendable mission. The fact that its final act is able to simultaneously shock and stimulate – both our minds and our hearts – is its greatest achievement, though. (Thumbs Up!) 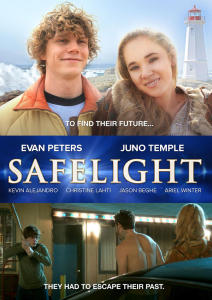 Evan Peters and Juno Temple play teenagers who discover a renewed sense of possibility as they go on a road trip to photograph lighthouses along the California coast. (R – 84 minutes)

“Safelight” plays it… well… too safe. Nothing in the new drama is even remotely surprising and, as a result, one cannot help but be bored while watching it. Granted, it is beautifully shot and takes viewers on a tour of lighthouses along the California coast that is exceptionally pleasing to the eyes. However, the story itself leaves a lot to be desired as it travels along a particularly predictable path. Even the casting is risk-free thereby producing neutered performances from Evan Peters and Juno Temple – who, by the way, do not have any chemistry which does not bode well for the movie’s romantic aspirations. (Thumbs Down!)