‘Backtrack’ is well-worn, ‘Eddie’ is inspirational and ‘Jack’ is affecting

Among the new movies that were released Friday, Feb. 26 are a psychological thriller starring Adrien Brody, a biographical sports dramedy starring Hugh Jackman and a drama starring AnnaSophia Robb. 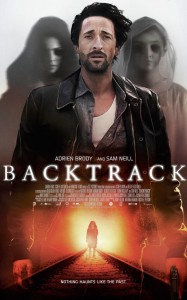 Adrien Brody plays a psychologist whose life is thrown into turmoil when he discovers that the patients he has been seeing are ghosts. Risking his own sanity, he delves into his past to uncover a terrifying secret which only he can put right. (R – 90 minutes)

“Backtrack” has got some decent ideas but, unfortunately, none of them are exclusively its own. The new psychological thriller is reminiscent of too many of its genre predecessors, emerging as more or less a variation on a well-worn theme. At first, the mystery at the center of the story is enough to keep viewers engaged – if only slightly. But when the answers start corporealizing, interest wanes as the other elements are unable to sustain in the enigma’s absence. Star Adrien Brody gives a strong performance despite the film’s flaws but that only demonstrates he deserves much better. (1 Star)

Taron Egerton plays an unlikely but courageous British ski-jumper who, with the help of a rebellious and charismatic coach (Hugh Jackman), takes on the establishment and wins the hearts of sports fans around the world by making an improbable and historic showing at the 1988 Calgary Winter Olympics. (PG-13 – 105 minutes)

“Eddie the Eagle” is the epitome of inspirational cinema. The new biographical sports dramedy is the best movie of the year so far and a strong contender for one of the best movies of 2016 period. The urge to stand up and cheer is overwhelming as is the tendency to draw comparisons to your own obstacles that will suddenly seem surmountable if only to prove people wrong. Actor Taron Egerton seamlessly disappears into the title character while director Dexter Fletcher brings ski-jumping to very vivid life on the big screen. Never before have I experienced such an explosion of emotions than while watching this gold medal worthy motion picture. (5 Stars)

‘Jack of the Red Hearts’ 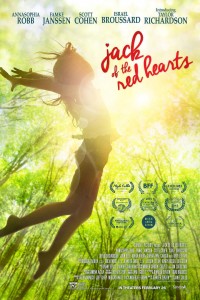 AnnaSophia Robb plays a streetwise teen and casualty of the flawed foster care system who cons her way into a job by posing as an experienced caregiver for a family with an autistic child and ends up connecting with her new life in a way she never expected. Just as she has found redemption, her deceitful past catches up with her and she is forced to come to terms with who she really is. (PG – 100 minutes)

“Jack of the Red Hearts” is a genuinely moving drama that works on as variety of levels. It will undoubtedly speak to parents of children with a disability of any kind, demonstrating the difficulties of such a situation with absolute honesty. However, it is also a much more universally touching tale as it addresses the power of human connection to transform us and assist us in our search for redemption. Star AnnaSophia Robb’s performance is authentic and affecting while the story itself – and its assorted facets – amps up the empathy aspect without resorting to syrupy sweetness. (3 Stars)