‘Barney Thomson’ is eccentric while ‘Knight of Cups’ is prosaic

Among the new movies that were released Friday, March 11 are a dark comedy starring Robert Carlyle and an ensemble drama directed by Terrence Malick. 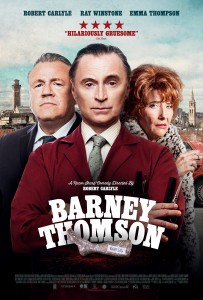 Robert Carlyle plays a hapless barber whose mediocre, mundane life suddenly transforms when he inadvertently stumbles into serial murder. As he makes ham-fisted attempts to cover his tracks from a bearish detective (Ray Winstone), he turns to his domineering, emasculating mother (Emma Thompson) for help. (NR – 96 minutes)

The Glaswegian accents with which its actors speak are so thick that they can be cut with a knife but you do not have to understand every line of the movie’s dialogue to dig “Barney Thomson’s” dark sense of humor. The new dark comedy is eccentric enough that it becomes absorbing and, as a result, your mind fills in the gaps where the indecipherable words reside. Star Robert Carlyle, who also write and directed the film, perfectly portrays the title character’s panicked confusion in the midst of his mishaps while Emma Thompson is equal parts screwy and scary. (3 Stars) 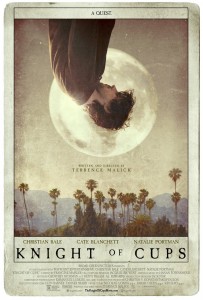 Moviegoers have seen “Knight of Cups” before, assuming they were able to keep their eyes open during writer/director Terrence Malick’s two previous efforts “The Tree of Life” and “To the Wonder.” The new ensemble drama is, much like those aforementioned films, the cinematic equivalent of a sleeping pill. The lack of any narrative inertia whatsoever renders the project completely innocuous. There is little-to-no story, leaving stars like Christian Bale and Imogen Poots stumbling around aimlessly while spouting supposedly poetic lines of dull dialogue. Malick may consider himself an artist but I have seen paintings with more life than this motion picture. (1 Star)