Among the new movies that were released Friday, Nov. 7 are an animated adventure about a robot named Baymax, a documentary about country-music legend Glen Campbell and a dramedy about one young woman’s failure to act her age.

Ryan Potter voices a robotics prodigy who learns to harness his genius thanks to his brilliant brother Daniel Henney and their like-minded friends. When a devastating turn of events catapults them into the midst of a dangerous plot, the young man turns to his closest companion – a robot named Baymax – and transforms the group into a band of high-tech heroes. (PG – 93 minutes)

Just as the world feared, “Big Hero 6” is what you get when Disney decides to join forces with Marvel. The new animated adventure begins with every bit of the charm that we have come to expect from Disney but eventually devolves into territory typical of Saturday morning cartoons. Children will likely go gaga for it but everyone else – especially parents who recognize this as a sneaky scheme by Disney to make their toy tie-ins a hot Christmas commodity – will be far less infatuated. Nonetheless, the movie’s heart and soul – a robot named Baymax – joins the ranks of Disney’s most loveable characters of all time. (Thumbs Up!) 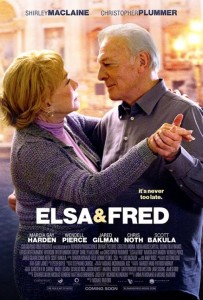 Christopher Plummer and Shirley MacLaine play a man and a woman who, at the end of the road, discover that it is never too late to love and make dreams come true. (PG-13 – 104 minutes)

Unlike most movies targeting senior audiences, “Elsa and Fred” appeals to not only that prime demographic but most others as well. That is because while the new romantic dramedy stars two cinematic legends and deals with finding love late in life, it taps into the hopes, dreams and quixotic fantasies that everyone has – regardless of their age. The story’s weightless optimism is incredibly charming, leading to a scene that is certain to resonate with romantics – especially those who consider themselves cinephiles. Moreover, stars Christopher Plummer and Shirley MacLaine have a wonderful charisma that brings out the absolute best in one another’s performance. (Thumbs Up!)

‘Glen Campbell: I’ll Be Me’ 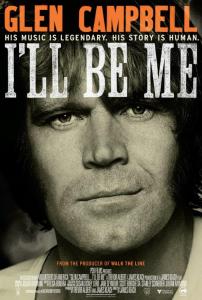 Filmmaker James Keach follows country-music legend Glen Campbell who, as he struggles with Alzheimer’s disease, embarks on his farewell tour in the U.S., Australia and Europe. (PG – 105 minutes)

“Glen Campbell: I’ll Be Me” will absolutely break your heart. However, it will also inspire your spirit as you bear witness to a man whose memory may be fading but whose genius sustains. Filmmaker James Keach captures country-music legend Glen Campbell’s farewell tour in a such a way that is not only a sincerely touching tribute to a tremendously talented man but also a universally significant documentation of Alzheimer’s truly tragic impact. The new documentary is both remarkably fascinating and exceedingly affecting, culminating with a song that in and of itself is enough to bring anyone to tears. (Thumbs Up!) 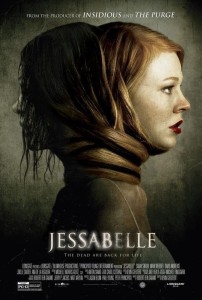 Sarah Snook plays a young woman who, returning to her childhood home in Louisiana to recuperate from a horrific car accident, comes face to face with a long-tormented spirit that has been seeking her return – and has no intention of letting her escape. (PG-13 – 90 minutes)

The backwoods setting of “Jessabelle” and use of voodoo make for some effectively eerie atmospherics but, as it turns out, the new horror movie is merely the same old ghost story in disguise. A slow burn only makes matters worse as viewers are never rewarded for their patience and instead feel kind of conned. Having said that, Sarah Snook delivers a commendable performance and has a natural star presence that helps to keep us engaged to the end. The film is never boring but it is disappointing and, in particular, predictable in its eventual reliance on formula. (Thumbs Down!) 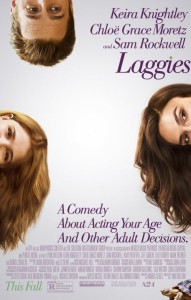 Keira Knightley plays a young woman who, in the throes of a quarter-life crisis, panics when her boyfriend proposes. Taking an opportunity to escape for a week, she hides out in the home of her new friend – a 16-year-old girl (Chloë Grace Moretz) who lives with her world-weary single dad (Sam Rockwell). (R – 100 minutes)

Nevermind its terrible title, “Laggies” is also not a very good movie and it has star Keira Knightley – and the character she plays – to blame. As usual, the actress attempts to conceal her lack of talent by going through a laundry list of expressions, stretching her face into every conceivable position (and even a few inconceivable ones). Meanwhile, her character is extremely unlikeable thereby undermining both the effectiveness and the entertainment value of the story, which is supposed to see a regressed woman finally find the strength to grow up but instead is all about an immature girl getting the guy by behaving as though that the world revolves around her. (Thumbs Down!) 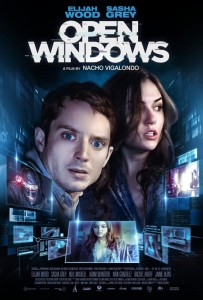 Elijah Wood plays a young man who, expecting to have dinner with his favorite actress, is suddenly approached with the ability to view her secretly via computer. He begins watching the unknowing star on her webcam, not realizing that this decision will put both of them at risk as they enter a terrifying world of cat-and-mouse. (NR – 100 minutes)

Presented as though its action is playing out entirely by computer screen, “Open Windows” is unlike any other movie you have ever seen. Its uniquely clever concept is in and of itself more than enough to not only make the new movie worth watching but also keep audiences entertained to the end. However, its deceptive twists make so little sense within both the real world and – worse – the scope of earlier scenes that the thriller could never hold up during a second viewing. Nor would it be nearly as watchable without the novelty of its execution. (Thumbs Up!)

Haley Joel Osment plays a young man who lands his first teaching gig at an inner city middle school, where he quickly finds that his highly pubescent pupils are receiving no form of sexual education. However, he is not exactly equipped to teach them. He is a virgin. (R – 90 minutes)

Having gone mostly MIA since 2003’s “Secondhand Lions,” it is understandably a bit of a shock to see the “I See Dead People” kid suddenly all grown up. However, the re-acquaintance with undisputed star Haley Joel Osment only makes “Sex Ed” that much more gratifying. He is, for all intensive purposes, perfect for this role as he brings a likeable believability to it thereby also strengthening its theme. The new comedy is as joyfully funny as it is delightfully endearing, resonating emotionally with anyone who has ever felt as though they have fallen behind in life. (Thumbs Up!)