‘Burying the Ex’ entertains, ‘Inside Out’ affects and ‘Dying Girl’ disappoints

Among the new movies that were released Friday, June 19 are a zom-com from the director of “Gremlins,” Pixar’s animated take on our emotions and a dramedy that walked away with both the Grand Jury Prize and the Audience Award at this year’s Sundance Film Festival. 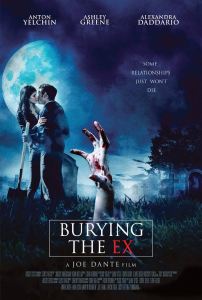 Anton Yelchin plays a young man who has second thoughts about his relationship with his girlfriend (Ashley Greene) after she moves in with him. His problem solves itself when she suddenly dies. However, when he moves on with another woman (Alexandra Daddario), his ex rises from the dead to get him back. (R – 89 minutes)

Boasting incredibly clever writing and a striking visual style that celebrates its cinematic roots, “Burying the Ex” is one hell of an entertaining zom-com. The new flick from “Gremlins” director Joe Dante features a colorful ambiance that truly resembles the genre’s greatest achievements from the 80’s against which its gleefully gory story is made that much more amusingly idiosyncratic. A plethora of puns and several screwball situations keep viewers laughing and engaged as the material gets more and more imaginative, all the while embracing the schlocky fun that it has authentically resurrected from yesteryear. (Thumbs Up!) 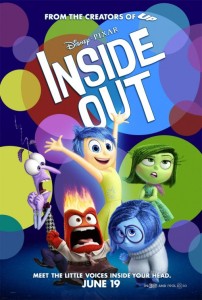 “Inside Out” is colorful, creative and poignant – three qualities that together define Pixar, which is a consistent source of animated adventures that simultaneously entertain and affect adults as much if not more than children. On one hand, the studio’s latest effort appears to be its simplest as it deals with a young girl’s predictable actions when faced with something she perceives as an end-of-the-world situation. But while the effect would have been stronger paired with a more weighty dilemma, it remains a universally profound reflection of the importance all emotions – even the seemingly unfavorable ones – play in our lives and especially how our memories – both good and bad – sustain us. (Thumbs Up!)

‘Me and Earl and the Dying Girl’ 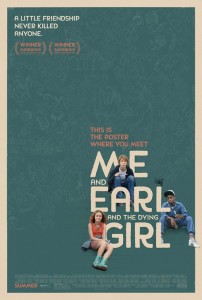 Thomas Mann plays an awkward high school senior whose mom forces him to spend time with a girl in his class (Olivia Cooke) – with whom he has not spoken to since kindergarten – who was just diagnosed with cancer. (PG-13 – 104 minutes)

“Me and Earl and the Dying Girl” debuted at the Sundance Film Festival to rave reviews, walking away with both the Grand Jury Prize and the Audience Award. And that makes it the most overrated movie of the year as the new dramedy mixes deadpan humor with sappy sentimentalism to extremely awkward effect. Moreover, its most clever components – titles of movies that have been given the no-budget remake treatment by our unsympathetic protagonist – are likely to go way over the heads of general audience members while all of its characters are underdeveloped cliches. (Thumbs Down!) 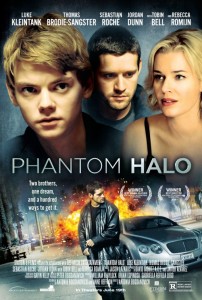 Thomas Brodie-Sangster and Luke Kleintank play brothers who are barely scraping by while their father (Sebastian Roché) continues to gamble and drink away any money they bring home. One of them seizes the opportunity to make some easy money by counterfeiting but when his plan goes awry, the family must decide what’s most important or pay the ultimate price. (R – 87 minutes)

Who among us has not spontaneously broken out into Shakespearean monologue? Because doing so exudes intelligence and fascination. Well, Antonia Bogdanovich believes it does but, unfortunately, it actually exudes pretentiousness and boredom – both in real life and in movies such as the writer/director’s new crime drama “Phantom Halo.” An extremely convoluted plot and a whole lot of bizarre comic book metaphors only make matters worse as it all comes together to create one giant mosh-pit of ideas that do not necessarily meld or even complement each other. As a result, entertainment value – and coherence – is nowhere to be found. (Thumbs Down!)