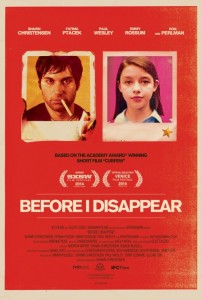 Shawn Christensen plays a young man whose half-hearted suicide attempt is interrupted by an urgent request from his sister (Emmy Rossum) to babysit her precocious daughter (Fatima Ptacek). So begins a madcap tour of Manhattan after dark, as uncle and niece find unexpected bonds in the unlikeliest of places. (NR – 93 minutes)

“Before I Disappear” is a mysteriously magnetic movie. It is often too artistic for its own good – a quality that only pays off during a surreal scene set to music in a bowling alley – and, essentially expanding on writer/director Shawn Christensen’s short “Curfew,” it features more padding than an oversized stuffed bear. However, it is also authentically affecting with its story of a man whose life is saved by a sudden sense of purpose in the form of a young girl. Christensen manages to make a mostly dark and depressing world charming, offering his viewers some much needed hope. (Thumbs Up!) 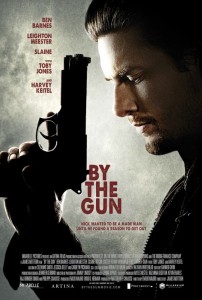 Ben Barnes plays a young Boston Italian who, while trying to find purpose in the ideology of the mafia, finds his world turned upside down. (R – 109 minutes)

“By the Gun” plays it by the book. For some, that may be an appealing quality, as the new mafia flick follows the formula that have made movies like “Goodfellas,” “Mean Streets” and “The Godfather” stand the test of time. However, it also does not do anything different to substantiate the need for its existence. Granted, the film features a few fine performances from star Ben Barnes and his supporting cast members Kenny Wormald, Harvey Keitel and Toby Jones but without a particularly groundbreaking cinematic vision or at least a meaty screenplay, their efforts are essentially empty. (Thumbs Down!) 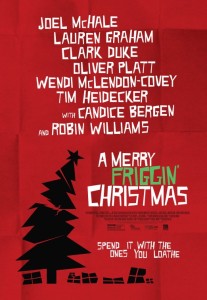 Joel McHale plays a man whose family is forced to spend a dreaded Christmas at his parents’ house with his eccentric father (Robin Williams) that he has been avoiding for years. When he realizes that he left his son’s gifts at home, he and his father must hit the road in a blizzard to retrieve the gifts before sunrise to save Christmas. (NR – 88 minutes)

“A Merry Friggin’ Christmas” may be one of the most uncomfortable movies to watch of the year – for two reasons. First, star Robin Williams portrays the devastating heartache experienced by his character in an eerily accurate fashion. Second, the holiday comedy is simply not very good – a fact that is difficult to admit since it features one of the late actor’s final on-screen appearances. However, a talent such as his deserves so much more than a plot straight out of the television sitcom handbook. To make matters worse, it just does not feel that festive and its emotional notes ring false and feigned. (Thumbs Down!)

‘Murder of a Cat’ 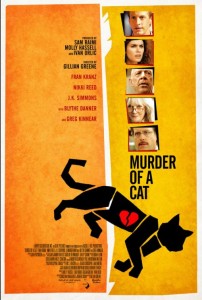 Fran Kranz plays an action figure designer who wakes up one morning to find his impaled by a crossbow arrow and sets off to find out who killed him and why. As he delves deeper into the case, he uncovers a town-wide conspiracy far greater than he ever imagined. (NR – 101 minutes)

At some point during the final act of “Murder of a Cat,” you are guaranteed to ask yourself, “What does any of this have to do with the murder of a cat?” Well, the new comedic murder mystery eventually answers that question but it is not a very satisfying – much less clever – answer. Fortunately, until that time, you are likely to be too amused by the kooky characters and silly storylines to remember the film’s title and far more promising initial premise. Still, the talent involved deserve much better – although they do make the most of their roles, none more so than star Fran Kranz with his most entertainingly eccentric character to date. (Thumbs Down!) 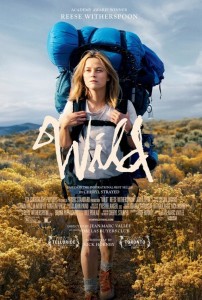 Reese Witherspoon plays a woman who, with the dissolution of her marriage and the death of her mother, hikes more than a thousand miles of the Pacific Crest Trail – alone. (R – 115 minutes)

If it had not been preceded by the release of the similarly themed “Tracks” just a few months earlier (which had the added allure of camels), “Wild” may actually impress. After all, star Reese Witherspoon gives a decent although unexceptional performance while the film features beautiful cinematography and an admirable portrayal of personal transformation. However, that transformation takes shape all within the final few moments and is therefore unearned while its protagonist is at least a little unlikeable, reducing the potential for emotional resonance. The jumbled flashbacks and various pit stops do not help matters much, either, as they remove viewers from the isolative experience. (Thumbs Down!)