Among the new movies that were released Friday, March 18 are a dramedy in which Clive Owen plays a down-on-his-luck father, a faith-based drama in which Jennifer Garner plays a resilient mother and a comedy in which Paul Reubens plays an adventure-seeking man-child. 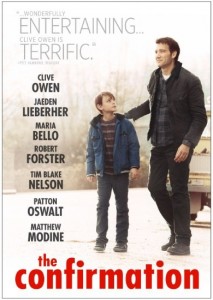 Clive Owen plays a down-on-his luck carpenter tasked with entertaining his young son. But when his prized toolbox is stolen, a quiet father-and-son weekend turns into an adventure of a lifetime. Aided by an oddball drywall repairman (Patton Oswalt), the duo search for the thieves and find something they never imagined – a true family connection. (PG-13 – 90 minutes)

“The Confirmation” has more finely crafted characters than most movies made nowadays. That is to say that writer/director Bob Nelson, finding more facets of the father-and-son theme he also explored in “Nebraska,” gives each and every one of the characters in his new dramedy – even the seemingly not-so-nice ones – enough humanity to earn our empathy. As a result, his project instills within us the same hope that Clive Owen’s protagonist is seeking. Moreover, the story pulls on our heartstrings without ever resorting to sentimentality, instead relying on our understanding that everyone has reasons for their actions and it is only through kindness and compassion that any of us will succeed. (4 Stars)

‘Hello, My Name is Doris’ 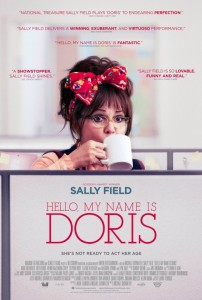 Sally Field plays a woman who, eager for all of the experiences she has missed out on, is inspired by a self-help seminar to romantically pursue her younger co-worker (Max Greenfield). Said pursuit brings her a thrilling perspective but also creates a rift between her and her longtime friends and family. (R – 95 minutes)

“Hello, My Name is Doris” is a better vehicle for its star Sally Field than it is a movie. Field perfectly nails her performance as a senior woman who essentially makes a fool of herself for a guy half her age, capturing both the comic and tragic qualities of the character. Moreover, it is impossible to avoid laughing out loud at her antics. However, the story’s conflicting tones become somewhat bothersome as the comedic lengths at which it often goes undermines its more serious aspects. Having said that, the target audience – folks Field’s age – will undoubtedly love it. (3 Stars) 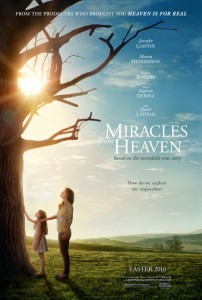 Jennifer Garner plays a mother who discovers her daughter has a rare, incurable disease and becomes a ferocious advocate for her healing as she searches for a solution. Queen Latifah and Eugenio Derbez also star. (PG – 100 minutes)

“Miracles from Heaven” is less interested in convincing its viewers that God and Heaven exist than it is in encouraging them to acknowledge the blessings that befall them each and every day. It just so happens that said blessings’ existence also affirms God and Heaven’s existence. The new faith-based drama will break your heart and then repair it in such a way that it will beat with more hope, optimism and gratitude than ever before. Even those who find faith to be a hard pill to swallow will be affected and uplifted by the story of a sick child and the mother who refuses to give up on her. (3 Stars) 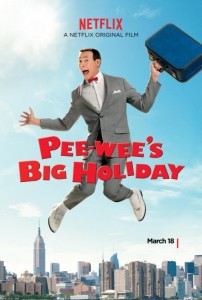 Paul Reubens reprises his role as Pee-wee Herman who this time meets a mysterious stranger (Joe Manginello) that inspires him to take his first-ever vacation. (NR – 89 minutes)

“Pee-wee’s Big Holiday” is everything that fans of the franchise – resurrected from the 80’s – had hoped it would be. The new comedy is as bright as it dark, as sweet as it is creepy and as funny as it is touching. Those familiar with the character’s unique comic charm will enjoy the added benefit of nostalgia but you do not have to already know Pee-wee Herman to love the smile-inducing adventure on which he embarks. Laughing at his absurd antics is the surest way to feel like a kid again, demonstrating that creator and star Paul Reubens possesses a talent that is not only timeless but also one-of-a-kind. (4 Stars) 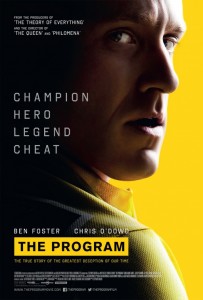 Chris O’Dowd plays an Irish sports journalist who becomes convinced that Lance Armstrong’s performances during the Tour de France victories are fueled by banned substances. With this conviction, he starts hunting for evidence that will expose Armstrong (Ben Foster). (R – 103 minutes)

It is perhaps apropos that a movie about bicycling suffers from the defect of often racing forward faster than moviegoers can keep up. That is to say that, in order to cover the ground of the many years Lance Armstrong duped by doping, “The Program” jumps ahead through time leaving viewers feeling a bit fatigued. Having said that, the biographical drama is well worth the fast-pedaling as it effectively paints a very sobering picture of a smug and self-righteous man. Ben Foster is fantastic while director Stephen Frears extracts an excellent amount of emotional vexation, making for an adequately compelling motion picture. (3 Stars)