‘Conjuring 2’ is hogwash, ‘Traded’ is middling and ‘Warcraft’ is torturous

Among the new movies that were released Friday, June 10 are a scary sequel starring Vera Farmiga and Patrick Wilson, a western starring Michael Paré and a fantasy actioner based on a video game franchise.

Vera Farmiga and Patrick Wilson reprise their roles as Lorraine and Ed Warren, who, in one of their most terrifying paranormal investigations, travel to north London to help a single mother raising four children alone in a house plagued by malicious spirits. (R – 133 minutes)

Much like its predecessor, “The Conjuring 2” is a disappointingly generic affair that heavily borrows from other far better horror films and lacks any subtlety whatsoever. As a fright flick, it fails miserably, only occasionally showcasing something even remotely scary. However, it is somewhat slightly effective as a romantic drama (of all things) as the love story depicted between Vera Farmiga and Patrick Wilson’s Lorraine and Ed Warren is surprisingly resonant. Unfortunately, this is – understandingly – a small subplot and viewers must wade through an awful lot of haunted house hogwash in order to enjoy those touching moments. (2 Stars) 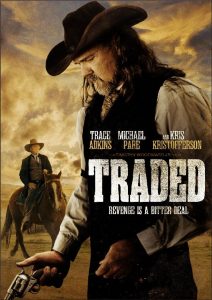 Michael Paré plays a sharpshooter turned rancher who goes from happily married father of two to a man on a mission after the tragic death of his son and the disappearance of his daughter. With the help of an unlikely companion (Kris Kristofferson), he leaves a trail of gun smoke and dead bodies in his wake on a mission to bring his daughter home and to protect what little family he has left. (NR – 100 minutes)

“Traded” is paced a bit too leisurely but fans of the western genre are not likely to mind much as the new movie exudes the good old grit on which they thrive. In fact, the flick feels like an alternate version of “Taken” that exists in the world of the old west. The acting is occasionally over the top and melodramatic and the entire affair relies quite heavily on genre cliches but, for the most part, it makes for an entertaining and emotionally engaging experience. Actor Michael Paré gives a commanding performance as the protagonist but the true star here is the authentic atmosphere. (3 Stars) 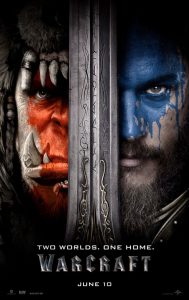 The peaceful realm of Azeroth stands on the brink of war as its civilization faces a fearsome race of invaders: orc warriors fleeing their dying home to colonize another. As a portal opens to connect the two worlds, one army faces destruction and the other faces extinction. From opposing sides, two heroes are set on a collision course that will decide the fate of their family, their people, and their home. (PG-13 – 100 minutes)

“Warcraft” is not only a contender for worst movie of 2016 but also a contender for worst movie of all time. Granted, that may be a bit of an exaggeration but it gives one the idea of just how unwatchable the new fantasy actioner based on a video game franchise truly is. With mind-numbing action sequences, underdeveloped computer-generated characters and a preposterous plot, there is absolutely nothing for viewers to grab a hold of, leaving them feeling as though they have entered the most inner-circle of Hell with no escape possible for 100 minutes. (1 Star)