‘Cooties’ is infectious, ‘Everest’ is thrilling and ‘Beehive’ is uplifting

Among the new movies that were released Friday, Sept. 18 are a comedic horror flick featuring feral children, a drama about a climbing expedition that is devastated by a severe snowstorm and a family dramedy set at a bible-themed girls’ camp. 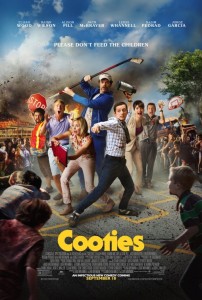 “Cooties” is infectiously unhinged entertainment that, at the very least, may make you think twice about popping that next chicken nugget into your mouth. The new comedic horror flick is exorbitantly bonkers from the very beginning, possessing a playful yet pitiless plan of attack as its adult characters attempt to defend themselves against feral children. The story eventually finds itself as cornered as the characters, putting a cap on the quirky creativity in favor of a more conventional conclusion, but the demented moments that make up the movie’s first half are erratic enough to keep you rabidly entertained. (Thumbs Up!) 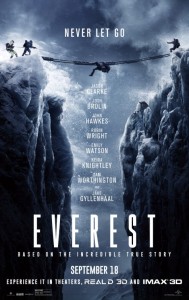 “Everest” effectively transports moviegoers to the magnificent mountain for which it is titled, enveloping viewers in spectacular sights and sounds that will make the experience genuinely nerveracking. You climb with the characters, feeling their physical exhaustion before eventually being browbeaten by the severe snowstorm that devastates their expedition. The results are sincerely spellbinding. Having said that, its characters are not clearly defined – either on an aesthetic level or a deeper one – causing confusion in some spots and a takeaway that is more about the entertainment value than mountain-moving significance. Still, seeing this on the biggest screen possible is the next best thing to summiting. (Thumbs Up!)

‘Once I Was a Beehive’ 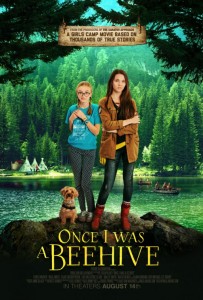 Paris Warner plays a young girl who, spending summer at a bible-themed camp, is confronted with memories of camping with her family and tries to find peace with her new surroundings and deal with the death of her father. (PG – 119 minutes)

“Once I Was a Beehive” has an optimism that, before all is said and done, is easily instilled in moviegoers of all ages and faiths. The new family dramedy hails from a Mormon background but the movie is much more than that, promoting universal values – especially our ability to affect one another and help each other heal. As a result, the film is wonderfully unifying while also entertaining everyone with all of the quirks of camp. It gently but genuinely promotes its principles, leaving viewers feeling uplifted and hopeful, assured that the bonds we build and nurture will get us through absolutely anything. (Thumbs Up!)

‘Sleeping with Other People’ 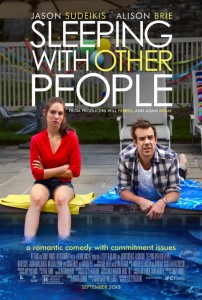 Jason Sudeikis plays a good-natured womanizer who forms a platonic relationship with a serial cheater (Alison Brie) that helps reform them in ways while a mutual attraction sets in. (NR – 95 minutes)

“Sleeping with Other People” features a few sexually charged conversations that are so uninhibited that they are certain to not only have you in stitches – because of both their brashness and their accuracy – but also remain in your memory long after the movie has ended. The comedy’s humorous moments are, therefore, quite magnificent. Unfortunately, its more sincere moments feel feigned as writer/director Leslye Headland struggles to balance two contending tones and is eventually unable to prevent her story from mimicking the rom-coms she had been mocking. Still, stars Jason Sudeikis and Alison Brie are undeniably talented and the vociferous laughs are well worth the price of admission. (Thumbs Up!)

‘Some Kind of Hate’*

Ronen Rubinstein plays a young man who, having his life turned into a nightmare by relentless bullying, is sent to a remote school for troubled teens only to be harassed all over again. Only this time, someone is watching – a girl (Sierra McCormick) who was driven to suicide by vicious bullying years ago. When he accidentally summons this girl from the grave, he unleashes a vengeful and unstoppable force on a mission of blood-soaked revenge. (NR – 82 minutes)