‘Damned’ is derivative, ‘Drop’ is disappointing and ‘Starred Up’ is stirring

Among the new movies that were released Friday, Sept. 12 are a horror flick starring Peter Facinelli, a crime drama starring Tom Hardy and a prison thriller starring Jack O’Connell. 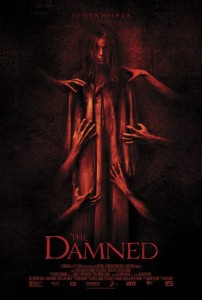 Peter Facinelli plays a man whose family is involved in an accident and takes refuge in a secluded inn where they free a girl locked in a basement without knowing she is an ancient evil. (R – 82 minutes)

If it were all about atmosphere, “The Damned” would be on fire. After all, the new supernatural thriller starts strong with a spectacularly scary setting – a decrepit inn on a really rainy night. However, as effectively eerie as that setting is, it evokes visions of other horror flicks – most notably last year’s “Evil Dead” remake. And once the predictably played-out game of “Ten Little Indians” begins, one realizes that they may as well give up on seeing any surprises. Still, it is entertaining enough and its intriguing twist keeps it from being washed away too quickly by the flood of other similar scare-fests in your memory. (Thumbs Down!) 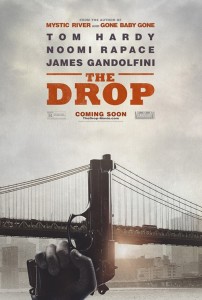 Tom Hardy plays a man who finds himself at the center of a robbery gone awry and entwined in an investigation that digs deep into the neighborhood’s past where friends, families and foes all work together to make a living – no matter the cost. (R – 106 minutes)

Being based on a short story authored by screenwriter Dennis Lehane – whose works were previously adapted into the remarkable “Mystic River” and “Gone Baby Gone” – the new crime drama “The Drop” has a high bar to pass over. Factor in that the film features late actor James Gandolfini’s final performance and there is a lot riding on it being an exceptional effort. Unfortunately, it is not and it falls far below that aforementioned bar with a story that is slow, understated and kind of confusing in a way that seems as though production was never completed and therefore some integral scenes are M.I.A. (Thumbs Down!) 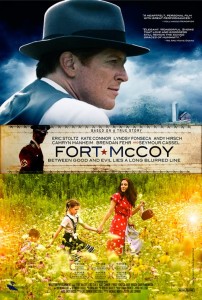 Eric Stolz plays a man who, during WWII, must take a stand when a Nazi SS Officer threatens his wife (Kate Connor) while his sister-in-law (Lyndsy Fonseca) falls for a Jewish soldier (Andy Hirsch) haunted by the battle of Monte Cassino and the death of his best friend (Matthew Lawrence). (R – 101 minutes)

“Fort McCoy” is a movie that probably should have been a television series – at least the way that it is presented by writer/co-director Kate Connor (who also not only stars in the film but is the real-life granddaughter of the character she plays). The new historical drama, although authentic in atmosphere, features far too many subplots for one motion picture – all of which are more melodramatic and less interesting than the underlying story of a family living so close to an enigmatic enemy. Having said that, the few times it touches on that theme, it excels in both significance and suspense. (Thumbs Down!) 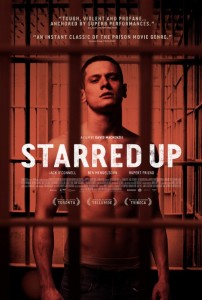 Jack O’Connell plays a troubled and explosively violent teenager who is transferred to an adult prison where he finally meets his match – a man who also happens to be his father. (NR – 106 minutes)

“Starred Up” is gritty, violent and raw – three qualities that make it an accurate reflection of the reality of life behind bars. But that is not what makes the movie difficult to watch. Instead, that honor goes to the slang-ridden accents, which are thicker than the walls of its prison setting. The frequently indecipherable dialogue is a shame, too, because the flick is quite compelling – at least it appears to be based on what little this film commentator could tell from the stirring scenes during which star Jack O’Connell (with a commanding performance) silently adapts to his savage surroundings. (Thumbs Sideways!)