Among the new movies that were released Friday, Dec. 18 are a drama in which Eddie Redmayne plays a transgender pioneer, the highly anticipated new entry in the “Star Wars” franchise and a drama in which Michael Caine and Harvey Keitel play men who reflect on their past. 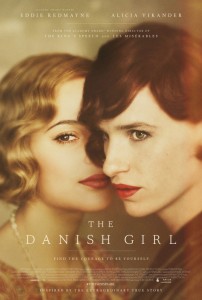 Eddie Redmayne plays an artist whose marriage and work evolve as she navigates a groundbreaking journey as a transgender pioneer. Alicia Vikander also stars. (R – 120 minutes)

“The Danish Girl” is a beautifully heartbreaking motion picture that features two truly fine performances that are among the best of the year. Star Eddie Redmayne, who wowed as Stephen Hawking in last year’s “The Theory of Everything,” is absolutely exceptional, seamlessly transforming from man to woman before our very eyes while Alicia Vikander communicates more with facial expressions and body language than most actors do with words. The new drama is deeply moving, drawing viewers into a love story that is unlike any other and able to impact, enlighten and inspire. (Thumbs Up!) 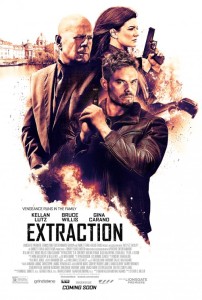 Kellan Lutz plays a government analyst who launches an unsanctioned rescue operation when his father (Bruce Willis) is kidnapped by a terrorist group. While evading highly skilled operatives, deadly assassins and international terrorists, he finally puts his combat training to the test in a high stakes mission to find his father and to stop a terrorist plot. (R – 100 minutes)

“Extraction” is as flat and emotionless as Gina Carano’s acting. Granted, there are a few fight sequences that may excite some viewers but it is an otherwise utterly lifeless actioner. One will wonder why Bruce Willis would have ever signed on to appear in such a generic flick. It could not possibly have been the screenplay as the motion picture’s plot is preposterous – and gets even more so with each passing minute. As a result, most moviegoers will likely be unable to care less about the characters let alone their mundane mission. (Thumbs Down!) 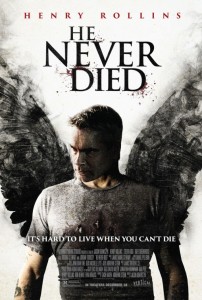 Henry Rollins plays a social outcast who is thrust out of his comfort zone when the outside world bangs on his door and he cannot contain his violent past. (NR – 97 minutes)

As a movie, “He Never Died” might leave a lot to be desired. But as a showcase for star Henry Rollins, it is sheer dynamite, giving the actor a chance to really sink his teeth into a grim character. Rollins brings a coolness and sharp wit to a man about which we know very little, encouraging us to become extremely intrigued. Having said that, the film’s tone is about as emotionless as its apathetic protagonist, which rubs off on the viewer and does not exactly make for the most exciting ride. Interest eventually wanes, causing the conclusion to be a bit of a blur, but Rollins’ dark depiction deserves to be seen. (Thumbs Up!) 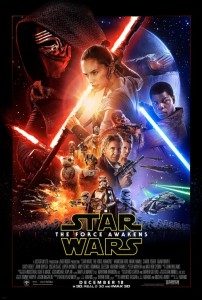 Harrison Ford reprises his role of Han Solo who, accompanied by allies old and new, faces a new threat from the evil Kylo Ren (Adam Driver) and his army of Stormtroopers. Carrie Fisher is among the other returning actors while newcomers include John Boyega, Daisy Ridley, Oscar Isaac and Domhnall Gleeson. (PG-13 – 136 minutes)

“Star Wars: Episode VII – The Force Awakens” is a tad too thin on story – especially for a film that extends beyond the two-hour mark. Having said that, the elements are entertaining enough with the new BB-8 droid being the best and most universally appreciated aspect. Franchise fans are likely to be too star-struck to notice the flick’s flaws and familiarity to its preceding installments but those who have yet to see the appeal will probably remain relatively apathetic about it. If not for the unreasonably massive hype, the average moviegoer may actually enjoy the ride. (Thumbs Up!) 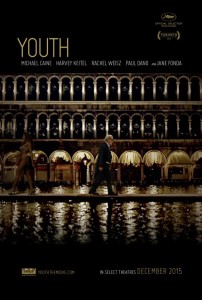 Michael Caine plays an acclaimed composer and conductor who is vacationing in the Swiss Alps with his best friend (Harvey Keitel), a renowned filmmaker. While the filmmaker scrambles to finish the screenplay for what he imagines will be his last important film, the composer has no intention of resuming his musical career. The two men reflect on their past, each finding that some of the most important experiences can come later in life. (R – 118 minutes)

Do not be surprised if after watching “Youth” you emerge from the movie theater feeling as though you are older than both Michael Caine and Harvey Keitel combined. The new drama is a torturously slow slog. Even its aesthetic beauty cannot be admired due to the pretentiousness with which it was made. Arthouse snobs may insist it has value but they, too, may find fault with the flick’s sexist and elitist perspectives. If you do not fall asleep while watching it then you will almost certainly become aggravated and outraged at its antiquated ideas. (Thumbs Down!)