‘Do Over’ offends while ‘Apocalypse’ decreases ‘X-Men’s’ value

Among the new movies that were released Friday, May 27 are a comedy starring Adam Sandler and David Spade and a superhero sequel starring James McAvoy, Michael Fassbender and Jennifer Lawrence. 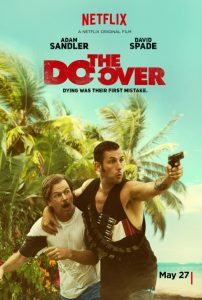 Adam Sandler and David Spade play down-on-their-luck guys who decide to fake their own deaths and start over with new identities only to find the people they are pretending to be are in even deeper trouble. (NR – 100 minutes)

“The Do Over” could have easily been done without. The new comedy starring Adam Sandler and David Spade certainly has its funny moments but they are too few and far between. Most importantly – and offensively – though are the third act revelations that attempt to tug on the heartstrings of viewers who mere minutes before were being asked to laugh at homoerotic humor and mean-spirited mischief. Sandler and Spade make an entertaining team, as usual, and it is far from the failures that were “Jack and Jill” and “That’s My Boy” but by now we know the duo is capable of much better than this seemingly half-assed effort. (2 Stars) 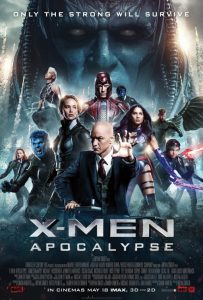 Much like “X-Men: Days of Future Past,” the highlight of “X-Men: Apocalypse” is Evan Peters as Quicksilver in a scene that is a groundbreakingly visual masterpiece in and of itself. Unfortunately, it only lasts a few minutes (or a few nanoseconds if you have Quicksilver’s mutant abilities) while the new superhero sequel that extends beyond the 2-hour mark is overstuffed with cliche characters and uninspired subplots. It is a rather messy and incoherent entry in a franchise that started strong back in 2000 but has suddenly lost a lot of its creative energy. It remains relatively entertaining but lacks that something special. (3 Stars)