‘Duel’ is dull, ‘Phenom’ is lifeless and ‘Shallows’ has bite

Among the new movies that were released Friday, June 24 are a western starring Liam Hemsworth and Woody Harrelson, a sports drama starring Johnny Simmons, Paul Giamatti and Ethan Hawke and a single-setting thriller starring Blake Lively. 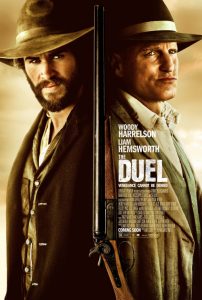 On the outside, “The Duel” looks incredibly promising as it stars two relatively talented actors and is a western – which, in and of itself is a positive attribute considering we see so few of them nowadays. Unfortunately, on the inside, it is a complete mess as it is moves along at a placid pace, suffers from several tonal switches and eventually loses all suspense whatsoever. What is left is a neat atmosphere and a couple of strong performances – especially from Woody Harrelson – but viewers need a lot more than that to remain interested in this tale or engaged in the mystery as it unfolds. (2 Stars) 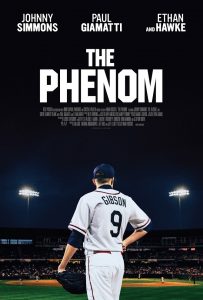 Johnny Simmons plays a major-league rookie pitcher who cannot find the plate and is sent down to the minor leagues and begins sessions with an unorthodox sports psychologist (Paul Giamatti). In the process, hidden conflicts with his overbearing father (Ethan Hawke) are brought to light. (NR – 88 minutes)

Those seeing “The Phenom” expecting a baseball flick will be sorely disappointed. Very little of the new sports drama takes place on the field. Instead, it takes place on couches and in offices and in dimly-lit rooms. You could essentially say that it has been benched with any actual action making way for long-winded conversations. Granted, there is nothing wrong with that so long as said conversations are compelling, insightful and emotionally relevant – three qualities that cannot be used to describe anything in this particular motion picture.Stars Johnny Simmons, Paul Giamatti and Ethan Hawke give strong performances but the material never matches their talent. (2 Stars) 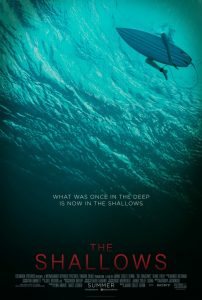 Blake Lively plays a surfer who, a mere 200 yards from shore, is attacked by a great white shark with her short journey to safety becoming the ultimate contest of wills. (PG-13 – 87 minutes)

“The Shallows” follows in the footsteps of other single-setting thrillers like “Frozen” and “Buried” and, for the most part, succeeds. The new shark-attack flick’s only failing is its uneven timing. Unlike in those aforementioned efforts, director Jaume Collet-Serra’s film features all of its action in the final 20 minutes. Everything that comes before that is certainly suspenseful but Collet-Serra does not find enough for star Blake Lively to do to maintain a high level of excitement throughout. Having said that, you are bound to be entertained and even a little reluctant to dip your toes into the next ocean you visit while on vacation this summer. (3 Stars)