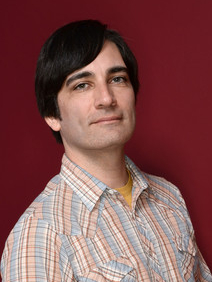 Listen to “Breakthrough Entertainment’s” full interview with Tully by clicking HERE. The following is an excerpt from the interview in which the writer/director discusses his motivation for the movie.

“I was born with a paddle in my hand. No, that’s not true. But I loved ping pong from an early age. When I was growing up in the 80’s, I wasn’t a cinephile. So I wasn’t watching art films and documentaries and all of that stuff. I was going to the local video store and renting VHS’s of ‘Summer Rental’ and ‘National Lampoon’s Vacation’ – not even ‘The Karate Kid’ but the knockoffs like ‘No Retreat, No Surrender’ and stuff like that.

“So what I wanted to do was make a movie that was kind of a love letter and a tribute to my own upbringing – my own normal, middle-class, not dangerous upbringing – and insert that into the movies that I loved unironically as a kid. When you describe it, it sounds formulaic but my hope is that we did some things differently that will make it really specific and entertaining for folks. I hope that people appreciate its earnestness because it is rooted in a love of movies that maybe you would call bad movies. It is a tribute to bad movies in a way but it takes itself very seriously and earnestly. So it is a weird alchemy.

“But I also hope that people just sit back and enjoy a movie that is a little more leisurely paced. The edits back in 1985 movies weren’t as fast as they are now and that was one thing we made it a point to do. And, ultimately, I hope that people will get out of the movie theater and want to go dig in their crates, pull out their old rap tapes from the 80’s and their old ping pong paddles and go out in their garage or their basement and fire up some ping pong.” – Michael Tully