Among the new movies that were released Friday, Oct. 10 are a comedic horror flick that pulls its viewers into an 80’s slasher, a thriller in which Keanu Reeves answers a door that should have never been opened and a fantasy flick that gives the classic character of Peter Pan the prequel treatment. 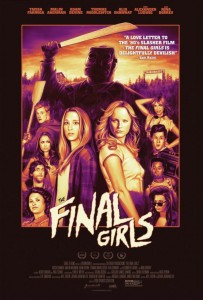 Taissa Farmiga plays a young woman who, grieving the loss of her mother (Malin Akerman) – a famous scream queen from the 1980s – finds herself pulled into the world of her mom’s most famous movie. Reunited, the women must fight off the film’s maniacal killer. (PG-13 – 88 minutes)

“The Final Girls” is a killer comedy – both literally and figuratively. The new horror flick will have genre fans squealing with fright and delight as it takes a meta-approach to its story, paying homage to 80’s slasher films like “Friday the 13th” as much as it lampoons them. Leaps and bounds better than the obnoxiously overrated “Cabin in the Woods,” director Todd Strauss-Schulson’s thriller operates on an infectious energy that quickly designates a savvy set of rules inspired by classic tropes and then takes full advantage of them, serving up simultaneous laughs and screams all the way through to its incredibly clever conclusion. (Thumbs Up!) 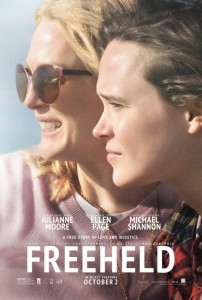 Julianne Moore plays a decorated New Jersey police detective who is diagnosed with cancer and wants to leave her hard earned pension to her domestic partner (Ellen Page). However, the county officials conspire to prevent her from doing this. (PG-13 – 103 minutes)

“Freeheld” is sufficiently affecting and features yet another performance that is among star Julianne Moore’s absolute best. The actress’s portrayal of a woman dying from cancer and desperate to ensure that the woman she loves will be taken care of is genuinely heart-wrenching. Having said that, the new drama’s sentimental yarn gets somewhat tangled in the gay rights threads that surround it. That aspect of the story is certainly moving but significantly drier than the rest. We feel the passion and importance of it all yet, juxtapositioned with the images of a woman taking her final breaths, its magnitude is weakened. (Thumbs Up!) 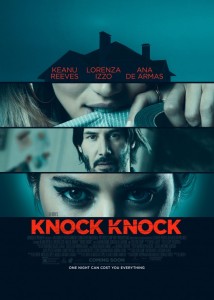 Keanu Reeves plays a devoted husband and father who is left home alone for the weekend. When two stranded young women (Lorenza Izzo and Ana de Armas) unexpectedly knock on his door for help, what starts out as a kind gesture results in a dangerous seduction and a deadly game of cat and mouse. (R – 95 minutes)

“Knock Knock” is a tense thriller that will certainly shake you to your core. However, the new flick lacks writer/director Eli Roth’s distinct signature so some viewers – particularly those who, fresh off the filmmaker’s blood-soaked “The Green Inferno” (which also stars Lorenza Izzo), may go in expecting to see Keanu Reeves’s guts spill out all over the screen. Granted, he gets put through the wringer by Izzo and her attractive accomplice Ana de Armas, but his torture is of the psychological and emotional varieties. Nonetheless, it is a hair-raising ride that will discourage you from nonchalantly answering knocks on your door or offering assistance to strangers – especially seductive ones. (Thumbs Up!) 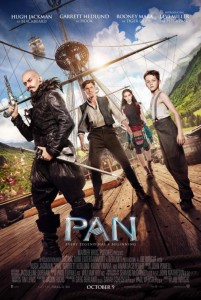 Levi Miller plays an orphan who is spirited away to the magical Neverland where he finds both fun and dangers, and ultimately discovers his destiny – to become the hero who will be forever known as Peter Pan. Hugh Jackman and Garrett Hedlund also star as Blackbeard and Hook, respectively. (PG – 111 minutes)

“Pan” is ardently adventurous. Younger viewers will be especially enthralled with the new fantasy flick that essentially gives the classic character of Peter Pan the prequel treatment. However, perhaps Disney’s live-action adaptations of their animated catalogue – such as “Maleficent” and “Cinderella” – have spoiled us because, while this Warner Bros. production is undoubtedly entertaining, it still feels as though it fails to live up to the grand expectations that come with the title’s territory. It is overpopulated by unsubtle CGI and the characters with whom we have been familiar since childhood bear absolutely no resemblance to those that inhabit our imaginations. (Thumbs Up!)