Among the new movies that were released Friday, Sept. 5 are a drama that takes viewers back and forth across the border, a faith-based musical drama inspired by a “what if” scenario surrounding Elvis Presley’s birth and a biographical drama in which Kevin Kline portrays swashbuckling Hollywood star Errol Flynn. 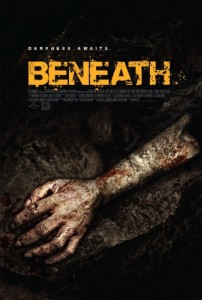 A crew of coal miners becomes trapped 600 feet below ground after a disastrous collapse. As the air grows more toxic and time runs out, they slowly descend into madness and begin to turn on one another. (NR – 89 minutes)

“Beneath” should have remained buried in rubble. The new thriller about a crew of coal miners who become trapped 600 feet below ground after a disastrous collapse claims to have been inspired by true events. And it starts off particularly promising, setting up a scenario in which we will feel the agonizing claustrophobia and consternation of a situation that we have all heard about on the news. However, director Ben Ketai and screenwriters Patrick Doody and Chris Valenziano must have been dissatisfied with the simplicity of this sincerely scary situation and muddy it up with madness, which makes it not only a bad movie but also an offensive one. (Thumbs Down!) 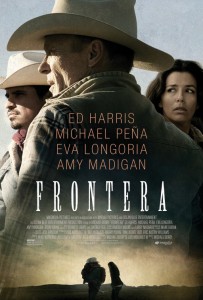 Ed Harris plays a former Arizona sheriff whose wife is killed while riding on their ranch property. It would appear that a Mexican man (Michael Pena) illegally crossing into the US is at fault. As the former and the current sheriff search for answers, lives are changed forever. (PG-13 – 103 minutes)

“Frontera” is a fantastically absorbing drama that addresses a specific subject from a variety of viewpoints thereby making for a universally empathized experience. Writer/director Michael Berry’s first feature-length film truly is a triumph, taking viewers back and forth across the border with a story about several people whose lives collide into tragedy. However, the movie marches through heartache to hope, ending on a note of optimism amidst so much hate and prejudice. Its final moments are guaranteed to take your breath away while the rest will incite interminably moving meditation. (Thumbs Up!) 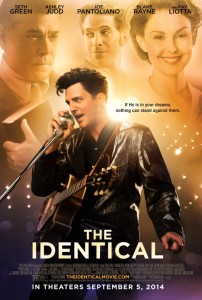 Blake Rayne plays identical twin brothers who are separated at birth during the Great Depression. Despite their very different upbringings, the boys’ shared passion for music causes their lives to unknowingly intersect as they experience a powerful and mysterious connection. (PG – 107 minutes)

“The Identical” is no cheap imitation. Featuring rockin’ music, a nostalgic atmosphere and authentic performances – especially from star Blake Rayne – the new faith-based musical drama inspired by a “what if” scenario surrounding Elvis Presley’s birth makes this movie the real deal when it comes to not only entertainment value but also thought provocation and emotional resonance. It will surely take you back in time while genuinely affecting and encouraging you to use your talent – whatever it may be – to bring joy to anyone and everyone within your reach. It will move both your heart and your feet. (Thumbs Up!) 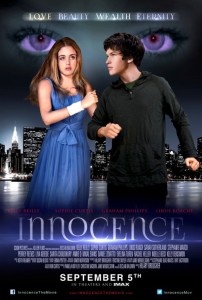 Sophie Curtis plays a young girl who, haunted by the death and dreams of her mother, moves with her father to Manhattan and enrolls at an exclusive preparatory school. Once there, her psychosis and hallucinations intensify as she discovers that her new school may be run by a coven of women who perpetuate their youth by drinking the blood of virgins. (PG-13 – 96 minutes)

“Innocence” is supposed to be an allegory of the precarious state of an American teenager as it explores themes of loss, the human condition and a society torn between purity and narcissism. However, the only message that is likely to be bestowed upon its target audience of preteen girls is that they should disobey their parents and have sex as soon as possible. Fortunately, even said demographic may have a hard time staying awake for the entirety of this melancholic “Twilight Saga” knock-off. Speaking of which, star Sophie Curtis’s crestfallen Beckett makes Kristen Stewart’s wet-dish-rag Bella look overly exuberant. (Thumbs Down!)

‘The Last of Robin Hood’ 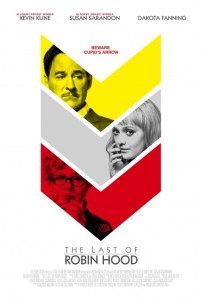 Kevin Kline portrays Errol Flynn – a swashbuckling Hollywood star and notorious ladies man who undertakes a liaison with aspiring actress Beverly Aadland (Dakota Fanning) that eventually comes to a crashing end when events force the relationship into the open, sparking an avalanche of publicity. (R – 94 minutes)

If it were not for the strength of of its stars, “The Last of Robin Hood” may have been a bit harder to recommend seeing. After all, it depicts a love affair that is not only rather revolting but also somewhat insignificant. However, at the heart of it all is the search for happiness which, as we all – and the trio at focus in this flick – know, is an incredibly difficult and ofttimes messy endeavor. That theme along with a pitch-perfect performance from Kevin Kline as well as equally excellent efforts from Susan Sarandon and Dakota Fanning make this movie well worth watching. (Thumbs Up!) 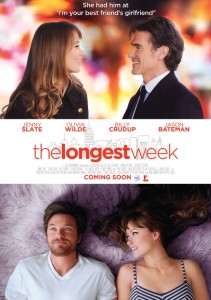 Jason Bateman plays an affluent and aimless man who lives a life of leisure in his parent’s prestigious Manhattan Hotel. In the span of one week, he finds himself evicted, disinherited and in love. Olivia Wilde, Billy Crudup and Jenny Slate also star. (PG-13 – 86 minutes)

“The Longest Week” wants to be a Wes Anderson film so badly that you almost start to empathize with it and like the new dramedy out of sheer pity. That is more than you can say about any of its characters, all of whom are incredibly unlikeable as they engage in dull discourse about problems that most moviegoers wish that they had. First-time writer/director Peter Glanz shows promise but he is merely imitating others here and that artificiality affects the authenticity of his character arcs. As a result, the entire ordeal feels fruitless and without meaning. (Thumbs Down!)

‘May in the Summer’ 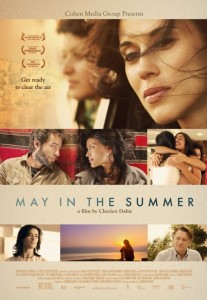 Cherien Dabis plays a woman who, upon returning to her familial hometown of Amman, Jordan for her wedding, is led to question the direction her life is taking. Her once carefully structured world appears to unravel as she grapples with her own truths. (R – 109 minutes)

“May in the Summer” seems more like a soap opera set in Amman than a legitimate feature-length dramedy. That is because writer/director Cherien Dabis – who also stars in the film as its title character – does not establish a specific purpose for her story and instead merely makes it an account of things that occur over one summer with the thin thread of pre-marital apprehension. As a result, we do not particularly mind spending the summer with these characters but we never become invested enough in their problems to make the experience emotionally resonant or even genuinely entertaining. (Thumbs Down!) 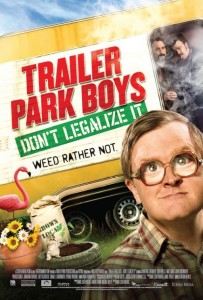 Robb Wells plays a man whose dope growing business is under a major threat when the government announces a plan to legalize marijuana so he heads to Ottawa to make an impassioned plea to protest decriminalization. (NR – 95 minutes)

“Trailer Park Boys: Don’t Legalize It” – the third feature-length film version of the Canadian small screen mockumentary series about life at a trailer park – takes entirely too long to get rolling and instead starts off with way too many silly ancillary characters muddying up a formula that works best when it focuses on its three leads’ absurd antics. The story eventually gets there as Robb Wells’ Ricky, John Paul Tremblay’s Julian and Mike Smith’s Bubbles hit the road and flail around in the big city like fish out of water, but the laughs – although large – arrive too late. (Thumbs Down!)