Among the new movies that were released Friday, Oct. 3 are a thriller about the search for a missing woman, a drama about Sudanese refugees who resettle in America and a thriller about a woman who uncovers an unsettling secret about her husband. 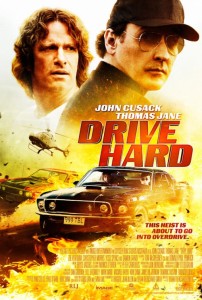 Thomas Jane plays a former racecar driver who traded the winner’s circle for a 9-to-5 job as a beginners’ driving instructor. But his life shifts into overdrive when a thief (John Cusack) hijacks him to be his getaway driver in a $9 million heist. (NR – 96 minutes)

The least that a movie called “Drive Hard” could do is feature thrilling car chases. But perhaps even that is too much to ask for as the new actioner’s stunts look less like “Fast and Furious” than they do “Driving Miss Daisy.” And without the novelty of excitement to distract us, the story’s silliness becomes a bit overwhelming – as do a plethora of technical imperfections. John Cusack is always amusing – especially when he’s playing a bad guy – so there is at least some entertainment value to this flick, but even he cannot salvage this wreck. (Thumbs Down!) 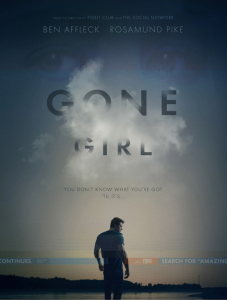 Ben Affleck plays a man who, with his wife’s disappearance having become the focus of an intense media circus, sees the spotlight turned on him when it is suspected that he may not be innocent. (R – 145 minutes)

“Gone Girl” is one of the most incredibly involving thrillers of the year, taking viewers on one hell of a ride – especially those who are unfamiliar with Gillian Flynn’s novel on which the film is based. And unaware is precisely the way to best experience director David Fincher’s new mysterious masterpiece that is certain to unsettle and maybe even make the world a more cynical place when it comes to relationships. Even though the ending is somewhat dissatisfying, the jaw-droppingly gripping journey there will linger with you long after the credits have rolled. (Thumbs Up!) 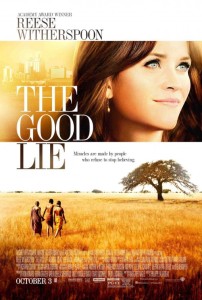 Reese Witherspoon plays an employment agency counselor whose encounter with a pair of Sudanese refugees given the chance to resettle in America forever changes all of their lives. (PG-13 – 92 minutes)

“The Good Lie” is the epitome of a feel-good flick, filling viewers with remarkable warmth and an overwhelming urge to do something positive for their fellow man. Having said that, those expecting the new drama to be Reese Witherspoon’s answer to Sandra Bullock’s Academy Award-winning role in “The Blind Side” may be sorely disappointed as the actress is more or less a big-name place-holder – a star whose popularity the movie can hitch onto. This, along with the fact that the film struggles to find meaningful filler between two primary plot points, prevent the motion picture from reaching its full potential, but its heart is in the right place – and it helps yours get there, too. (Thumbs Up!) 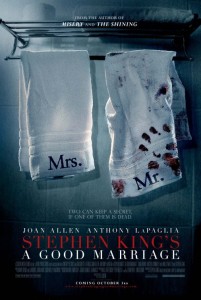 “A Good Marriage” is a considerably disquieting thriller. Director Peter Askin’s new movie based on a short story written by master of horror Stephen King will send a shiver down the spine of its viewers as they contemplate how they would react under such unsettling circumstances. Granted, the story is littered with improbable plot points but none are too troubling. Anthony LaPaglia plays creepy impeccably well while Joan Allen effortlessly evokes the whirlwind of emotions – from disbelief to fear to outrage – that her character requires. The motion picture is certain to plant seeds of doubt in even your most intimate relationship. (Thumbs Up!) 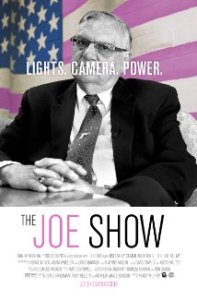 “The Joe Show” may be one of the most entertaining documentaries that you ever see. What at first appears to be a celebration of Maricopa County Sheriff Joe Arpaio that is almost certain to leave a bad taste in the mouth of most moviegoers eventually morphs into a piercing exposé that will leave said moviegoers in stitches. Granted, it is sure to ruffle a few feathers as well – just as any good documentary should do – but the overwhelming reaction will be one of absolute amusement (not to mention amazement as to how this man manages to keep getting re-elected). (Thumbs Up!)