‘High Strung’ energizes, ‘Mr Right’ charms and ‘One More Time’ talks too much

Among the new movies that were released Friday, April 8 are a dance flick that marries hip-hop and classical ballet, a romantic comedy in which the lead character is a professional assassin and a dramedy in which Christopher Walken croons some tunes. 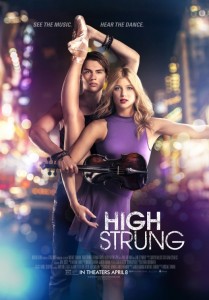 Nicholas Galitzine plays a violinist busking in the New York subway who encounters a classical dancer (Keenan Kampa) on scholarship at the Manhattan Conservatory of the Arts. With the help of a hip hop dance crew, they must find a common ground while preparing for a competition that could change their lives forever. (PG – 97 minutes)

If you are seeing “High Strung” for its dynamic dance numbers, then you are bound to be sufficiently satisfied and even energized. If you are seeing it for its sophisticated story and complex characters, then you have clearly overestimated the capacity and function of dance flicks. That is to say that although the new movie features some spectacular sequences of choreographed movement that marries hip-hop and classical ballet, it is underwhelming in most other areas due to its dependence on stereotypes and cliches. Having said that, the target audience of young aspiring dancers and musicians will likely leave the theater with a pep in their step and a smile on their face. (3 Stars) 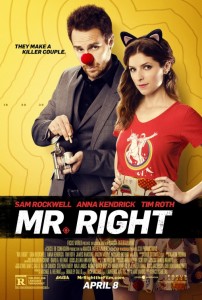 Anna Kendrick plays a young woman who falls for a seemingly perfect guy (Sam Rockwell) who just happens to be a professional assassin whose services are solicited by a dubious client being sought by an equally dubious FBI agent (Tim Roth). As the bodies pile up, she needs to decide whether to flee or join in the mayhem. (R – 95 minutes)

“Mr. Right” excels on the charisma of its two stars. Having said that, Anna Kendrick and Sam Rockwell do not exactly “fit,” so to speak. But while real romantic sparks fail to fly, the comedy certainly hits the fan as it is always fun to watch both of these performers – individually – play up their charm for the camera. Anna Kendrick is as cute as she is kooky – even though her character is somewhat inconsistent – and Sam Rockwell is as likeable as he is indifferently insane. Moreover, the unique blend of its dark sense of humor and its undeniable adorableness is strangely entertaining. (3 Stars) 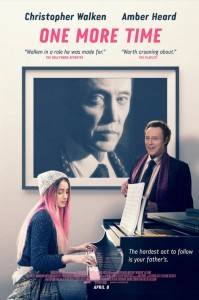 Amber Heard plays an aspiring rock star who, evicted from her Brooklyn apartment, is forced to move into the Hamptons home of her father (Christopher Walken) – an over-the-hill, Sinatra-esque crooner angling for a musical comeback. As the two butt heads, they unexpectedly find themselves on a journey that may redefine their lives. (NR – 98 minutes)

“One More Time” has a few pleasant songs – some that will appeal to those on the younger end of the age spectrum and some that will appeal to those on the older end of it. Unfortunately, said songs are the only moments in the movie that the word “pleasant” could be accurately used. That is because its characters – especially the ones portrayed by stars Amber Heard and Christopher Walken – are not the least be fun to be around. It is not that they are particularly unlikeable but rather that they come with an awful lot of emotional baggage and seem to be more interested in talking about it than doing anything about it making for one tedious tale. (1 Star)