Among the new movies that were released Friday, Jan. 9 are a crime dramedy about a private detective, a science-fiction flick about a temporal agent and a historical drama about Dr. Martin Luther King, Jr.

“Inherent Vice” is inherently incoherent. Writer/director Paul Thomas Anderson’s new crime dramedy – the first cinematic adaptation of a Thomas Pynchon novel – is a narrative mess, babbling about what can only be considered complete nonsense from beginning to end. It is absolutely impossible to follow the film’s stoned storyline so the only benefits to attempting to endure this over-long drivel is its accomplished cast, spectacular soundtrack and occasionally amusing scene – all of which can be seen in the movie’s far more entertaining (and far less time-wasting) trailer. (Thumbs Down!) 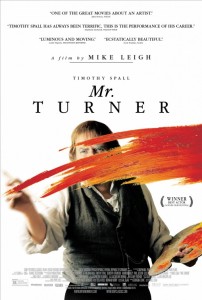 Timothy Spall portrays British painter J.M.W. Turner, a man who, profoundly affected by the death of his father, loved by a housekeeper he takes for granted and occasionally exploits sexually, forms a close relationship with a seaside landlady with whom he eventually lives incognito. (R – 149 minutes)

Fans of PBS’s “Masterpiece Theater” may go absolutely hog-wild for “Mr. Turner.” What that reaction looks like on said audience may be somewhat of a mystery for the rest of us, though, as is exactly what they see in the beyond boring and superlatively long biographical period piece. It can be said that star Timothy Spall gives a decent performance but most viewers will be so distracted by his indecipherable grunting and groaning that the quality of his portrayal of a particularly unlikeable man may be interminably lost. It is, at most, a very effective sleeping pill. (Thumbs Down!) 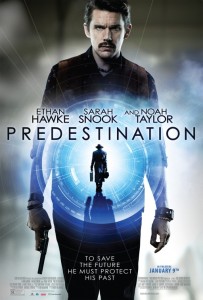 Ethan Hawke plays a temporal agent, sent on an intricate series of time-travel journeys designed to prevent future killers from committing their crimes, who must stop the one criminal that has eluded him throughout time and prevent a devastating attack in which thousands of lives will be lost. (R – 97 minutes)

“Predestination” may be one of the most mind-boggling movies you have ever seen. The new science-fiction flick starts off innocently enough with a simple story told in flashback that is astonishing in and of itself. However, the second half complicates that story, adding new details to it that make it one of the weirdest tales ever told. Its several shocks and surprises will cause your jaw to drop to the floor like an anvil as you repeatedly gasp with elation over its incomparable creativity. And as if its ingenuity were not enough, the film also features a truly phenomenal performance from star Sarah Snook. (Breakthrough!) 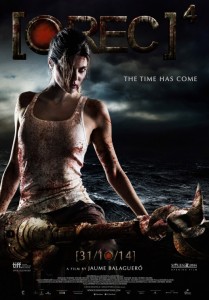 Manuela Velasco reprises her role of a television reporter who is rescued from a quarantined building and taken to an oil tanker to be examined. However, it is unbeknown to soldiers that she carries the seed of a mysterious demonic virus. (R – 96 minutes)

With the introduction of “[REC] 4: Apocalypse,” the once-extraordinary horror film franchise has officially ship-wrecked and sunk to the bottom of the ocean, the barrel and the bargain basket at your local big box retailer. After two fantastically frightening entries, the series got silly and, frankly, off-topic in its third outing but at least that installment had a sense of humor whereas this latest effort lacks any unique sense of identity whatsoever. Gorgeous star Manuela Velasco is back but the first-hand found-footage technique is not and the story has stretched entirely too far from its humble beginnings. (Thumbs Down!)

‘The Search for General Tso’ 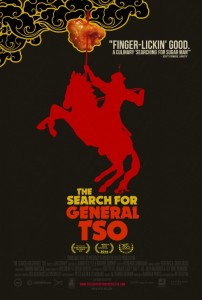 Filmmaker Ian Cheney explores the origins and ubiquity of Chinese-American food through the story of an iconic sweet and spicy chicken dish. (NR – 71 minutes)

“The Search for General Tso” is an onion of a film. On its outermost layer, the new documentary makes your mouth water as you wish each movie ticket came with a great big dish of Chinese food. However, beneath that, it tells remarkable stories of immigration, assimilation and evolution. It is a fine example of how selecting the right subject and remaining focused on said subject can lead to a wealth of both information and entertainment. Who knew that taking a look at one of the unlikeliest subjects for a documentary could be so deliciously enlightening! (Thumbs Up!) 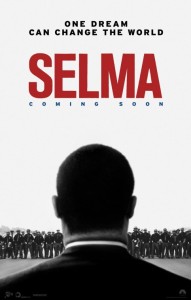 There are moments of great strength in “Selma” but there are also moments of monotony. There is no doubt that the new historical drama is an important motion picture. It just knows it is and it suffers as a result of that, too often morphing into vainglorious Oscar-bait with grand speeches and glossy accentuation. It is both a compliment and a criticism that the film feels more like a history textbook brought to life than a piece of entertainment. Nonetheless, the heart of the project is the inspiring depiction of peaceful protest’s power and the movie is well worth a watch because of that. (Thumbs Up!)

‘The World Made Straight’ 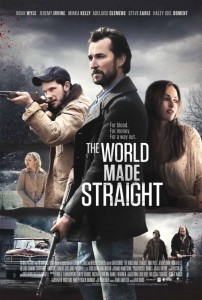 Jeremy Irvine plays a troubled young man from a rural community haunted by the legacy of a Civil War massacre who struggles to escape the violence that would bind him to the past. (R – 119 minutes)

Actress Minka Kelly sure is nice to look at. But I believe that director David Burris and screenwriter Shane Danielsen were likely hoping to impart a slightly deeper impression than that upon viewers with their new drama “The World Made Straight.” Unfortunately, the film fails to do so, instead coming across as meandering, ponderous and a bit boring. Granted, there is a strong sense of rural ambiance in the flick, which is an adaptation of author Ron Rash’s novel, but when paired with this story’s slow pace it is downright sleep-inducing. Flashbacks to the Civil War only increase the opiate effect. (Thumbs Down!)