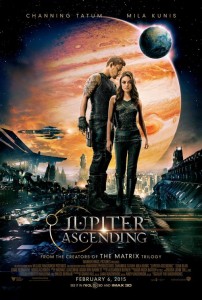 Mila Kunis plays a young woman who dreams of the stars but wakes up to the cold reality of a job cleaning other people’s houses and an endless run of bad breaks. Only when a genetically engineered ex-military hunter (Channing Tatum) arrives on Earth to track her down does she begin to glimpse the fate that has been waiting for her all along. (PG-13 – 125 minutes)

That surreal feeling you get while watching “Jupiter Ascending” may be a bit befuddling at first. However, anyone who saw last year’s “Annie” can tell you that the Wachowskis’ new sci-fi adventure flick may as well be the fake movie – “Moonlake Quake” – shown in that film. After all, both star Mila Kunis as a character too readily accepting of her strange circumstances, both are littered with dialogue that would make even cheese blush and both feature a few special effects that would look laughable in an episode of “Mighty Morphin Power Rangers.” “Moonquake Lake” has got the edge, though, as audiences were subjected to it for less than a minute whereas “Jupiter Ascending” wastes two hours of their time. (Thumbs Down!) 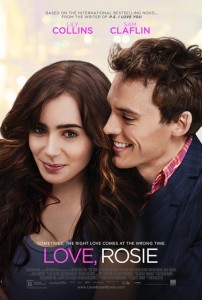 Lily Collins and Sam Claflin play a young woman and man who, having been best friends since childhood, face the highs and lows of growing up side by side. A fleeting shared moment, one missed opportunity and the decisions that follow send their lives in completely different directions. As each navigates the complexities of life, love and everything in between, they always find their way back to each other. (R – 102 minutes)

There are an awful lot of hurdles that viewers must jump over in order to even remotely enjoy “Love, Rosie.” The beginning of the new romantic comedy is a jumbled mess, making one lose any interest whatsoever right off the bat. It does get better – much better in fact – but the first 10 minutes of any given movie should set a tone that draws audiences in; not alienates them. Other complications include uncommonly thick accents and the particularly problematic fact that its characters go from their teenage to mature adult years without its stars aging more than a month. However, in spite of all this, romantics will likely lap it up with sheer delight. (Thumbs Up!) 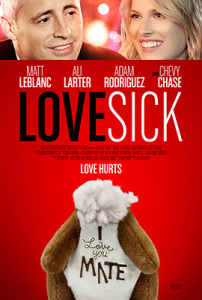 Matt LeBlanc plays a man who has everything going for him except every time he falls for a girl, he goes clinically insane. When he meets he meets the perfect girl (Ali Larter), he must overcome his psychosis to claim his chance at true love. (NR – 85 minutes)

If you can get past its ill-conceived core premise, “Lovesick” is actually kind of a pleasantly weightless romantic comedy with moments of hilarity here and there from massive misunderstandings. Granted, the new movie’s suggestion that we find frenzied jealousy to be an endearing quality is a bit of a big pill to swallow. However, the film is funny because its protagonist’s paranoia is a relatable human experience when it comes to matters of the heart. It may not be the best flick to model a healthy relationship after, but it is certainly entertaining. (Thumbs Up!) 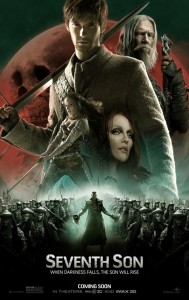 “Seventh Son” may not be remarkably creative much less original but one thing is for certain: It is never the least bit boring. That is to say the new fantasy adventure flick does just about everything in its power to ensure its viewers are having fun, throwing everything from shape-shifting dragons and fire-fueled knights to blood-thirsty bears and colossal giants at them (literally if seen in IMAX 3D). As a result, its action sequences – sustained by some sincerely spectacular special effects – are exceptionally exciting. However, the scenes between each one – otherwise known as the story – leave a lot to be desired. (Thumbs Up!) 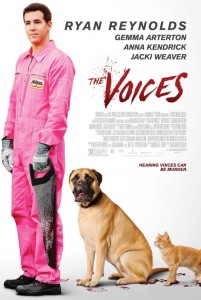 It takes a lot of guts to end a movie that is essentially about a mentally unhinged serial killer with a cheery song-and-dance number. But “The Voices” has plenty of them. In fact, it has guts galore – both figuratively and literally. The new dark comedy (emphasis on the dark) is a weird and almost off-putting flick that probably requires a certain macabre sense of humor to enjoy. However, it is also enormously amusing thanks to the prolific juxtaposition of quirkiness and morbidity but especially to star Ryan Reynolds whose performance is delightfully peculiar yet also surprisingly endearing. (Thumbs Up!)