‘Jurassic World’ is summer’s best and ‘Live from New York!’ is time capsule

Among the new movies that were released Friday, June 12 are the long-awaited new installment in the “Jurassic Park” franchise and a documentary that takes viewers behind the scenes of “Saturday Night Live.” 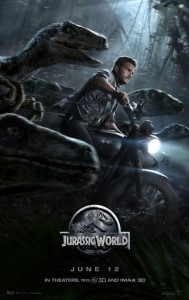 Twenty-two years after the events of “Jurassic Park,” Isla Nublar now features a fully functioning dinosaur theme park as originally envisioned by John Hammond. After 10 years of operation and visitor rates declining, in order to fulfill a corporate mandate, a new attraction is created to re-spark visitor’s interest – which backfires horribly. (PG-13 – 123 minutes)

“Jurassic World” is easily this summer’s best movie, boasting the absolutely perfect blend of nostalgia and new. Fans of 1993’s “Jurassic Park” will be completely enamored with the blockbuster sequel as director Colin Trevorrow honors their memories with subtle references while also making their dreams of a fully functioning dinosaur theme park come true in such a way that is even more impressive than they imagined. And everyone – including newcomers who have never known a time before larger-than-life special effects – will be blown away by the thrilling action that rejuvenates the motion picture industry’s power to affect audiences to the degree that they surrender to their senses and suspend all disbelief. (Breakthrough!) 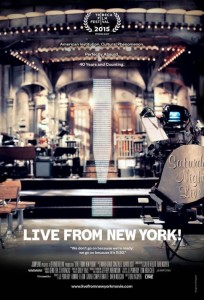 Filmmaker Bao Nguyen explores “Saturday Night Live’s” early years – an experiment from a young Lorne Michaels and his cast of unknowns – and follows its evolution into a comedy institution encompassing decades of American politics, media, tragedy and popular culture with an irreverent edge. (NR – 90 minutes)

“Live from New York!” is much more than a magnificent movie; it is also a terrific time capsule, captivatingly illustrating how politics, media, popular culture and life in general have evolved over the past 40 years. Granted, filmmaker Bao Nguyen fails to derive any specific insights but his new documentary is – similar to “Saturday Night Live” itself – more of a perfunctory mirror than a profound examination. As such, it makes for an entertaining and interesting behind-the-scenes look at something that not so much a simple television show as it is an accurate albeit exaggerated caricature of our world. (Thumbs Up!)