Among the movies that are the best of 2015 are the long-awaited new installment in the “Jurassic Park” franchise, a sequel that re-visits the Griswold family for a new generation and a family flick featuring one of the most famous bears in literary history. 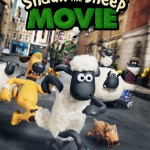 “Shaun the Sheep” is extraordinarily simple, featuring a straight-forward story and absolutely no dialogue whatsoever. That approach may be a bit counterintuitive in an age when animated adventures are predominantly populated with clever quips and elaborate narratives. However, without having to worry about such superficial aspects, writers/directors Mark Burton and Richard Starzak’s resources are freed up so they can instead focus on delivering incomparable creativity – which they undoubtedly do. The end-result is a charming, heart-warming, exciting and hilarious movie that will delight audiences of all ages as the best animated adventure of the year. 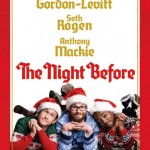 “The Night Before” is one crazy Christmas party that will occasionally offend you, periodically cause laughter to the point of tears and sometimes even sincerely move you. That balancing act that earns it a place on both of Santa’s lists – naughty and nice – is its greatest attribute. Granted, the new holiday comedy is a far cry from your favorite Christmas classics of yesteryear and its particular brand of humor may hinder some viewers’ enjoyment, but it is also a fun and festive film that enlightens us to live in the moment rather than mourning the past or fearing the future. 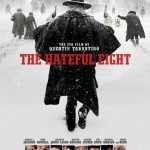 “The Hateful Eight” delivers the most dynamite dialogue of the entire year, creating a compelling, comical and most of all clever production that is quite truly unlike any other movie you have ever seen. It starts off somewhat slow and builds to a second half that is forceful, electrifying and violent beyond belief. Writer/director Quentin Tarantino assembled the perfect cast to put on such a spectacular and stirring presentation with Jennifer Jason Leigh giving the best performance by any actor in all of 2015. This is more than a movie; it is an experience – especially if seen during its road-show run that includes an overture, intermission and 70mm picture. 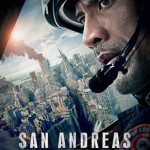 “San Andreas” is not a movie. It is a ride – a relentlessly rip-roaring, edge-of-your-seat-and-occasionally-fall-right-off ride. Granted, its track is populated with preposterous plot points and droll dialogue – each line more ludicrous than the last – but these only deepen the diverting nature of the new action-packed thriller, allowing audiences to check life’s annoying anxieties at the door along with their brains and simply have fun. The special effects are astonishing and often cause one’s stomach to drop, constantly inciting an emotional release and making the movie one of the best examples of cinematic escapism in recent years. 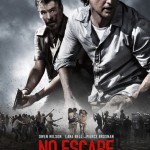 “No Escape” is incredibly intense, terrifying viewers into canceling any plans they may have had to travel abroad. After all, there is enough chaos to deal with right here at home without having to worry about deciphering a different language or comprehending another culture in the midst of cataclysmic circumstances. The new thriller is a relentless, edge-of-your-seat ride through some of the most unbearable suspense imaginable, leaving your nerves frayed beyond repair. Granted, there are some moments that are a bit unbelievable but the excitement offsets that and makes this one of the most electrifying movies of the year. 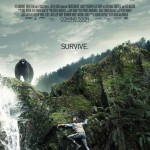 “Backcountry” will do for camping what “Frozen” did for skiing, transmitting trepidation into even the bravest backpacker. The new thriller starts off slowly with writer/director Adam MacDonald using everything from intimidating strangers to the vast setting itself to create a tension that could seemingly snap at any given moment. And snap it eventually does in such a way that is guaranteed to give you nightmares. MacDonald skillfully uses the ultimate trifecta of suspense, surprise and gruesomely graphic imagery to unnerve viewers beyond belief and leave one hell of a lasting impact on their psyches. Moreover, star Missy Peregrym’s performance is electrifying. 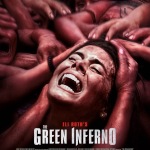 “The Green Inferno” is an acquired taste. That is to say, the new Peruvian jungle-set shocker is certainly not for everyone as most moviegoers will likely be unable to stomach the gory, gruesome and grotesque images that are placed on display. However, those who have an appetite for bloodcurdling carnage will be in hog heaven as writer/director Eli Roth has undoubtedly outdone himself here, serving up a nauseatingly blood-soaked thriller. It is a fantastically frightening feast from beginning to end, cooking up horror that is insanely intense, incredibly creative and has a definitively distinct flavor.

“Paddington” is a magically charming motion picture, every bit living up to author Michael Bond’s classic stories that illuminated many of our childhoods. The new family flick, which blends live-action with computer animation, is vastly imaginative, incredibly cute and most of all wonderfully heartwarming as it wins over audiences of all ages with lots of organic laughs and an earnest story about loving and looking out for one another. Its sole imperfection is that every admission does not come with a marmalade sandwich. Then again, you could always sneak an emergency one into the theater by hiding it under your hat. 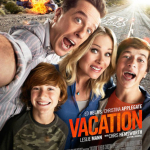 “Vacation” is the laugh-out-loudest comedy of the year, consistently leaving viewers in stitches every step of the way to Walley World. The new sequel to National Lampoon’s classic film franchise honors its predecessors while also upping the ante, modernizing the humor for a new generation. Skyler Gisondo easily steals the show as the exasperatingly awkward James Griswold but the entire cast comes together terrifically, forming a family whose funny misadventures make for one of the most entertaining times you will have in a movie theater this season and culminate with just the right amount of heart. 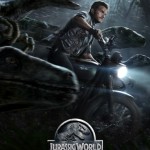 “Jurassic World” is easily this year’s best movie, boasting the absolutely perfect blend of nostalgia and new. Fans of 1993’s “Jurassic Park” will be completely enamored with the blockbuster sequel as director Colin Trevorrow honors their memories with subtle references while also making their dreams of a fully functioning dinosaur theme park come true in such a way that is even more impressive than they imagined. And everyone – including newcomers who have never known a time before larger-than-life special effects – will be blown away by the thrilling action that rejuvenates the motion picture industry’s power to affect audiences to the degree that they surrender to their senses and suspend all disbelief.