Among the new movies that were released Friday, April 29 is a dramedy in which Susan Sarandon plays a “s’mother” and a musical drama from “Once” and “Begin Again” filmmaker John Carney. 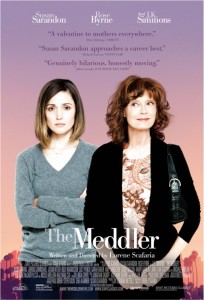 Similar to Sally Field in “Hello, My Name is Doris” released earlier this year, Susan Sarandon gives an often over-the-top performance in “The Meddler” that is reason enough to see the new dramedy. The actress is at her absolute best as she effectively taps into the goofy and serious qualities of her character simultaneously. As a result, we are as empathetic to her plight as we are entertained by her antics. Viewers will likely emerge with a smile on their face and a newfound understanding of their own “s’mother.” Meanwhile, J.K. Simmons is incredibly charming in a supporting role. (4 Stars) 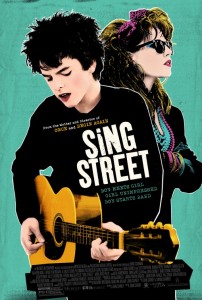 Ferdia Walsh-Peelo plays a young boy who, growing up in Dublin during the 1980’s, escapes his strained family life by starting a band with the aim of winning the heart of a mysterious and beautiful girl (Lucy Boynton). (PG-13 – 106 minutes)

“Sing Street” belts out a beautiful tune about love, creativity and ambition – one to which anyone can relate. The new huge-hearted musical drama from “Once” and “Begin Again” filmmaker John Carney is infectiously optimistic as it tells the story of a boy who comes of age in a variety of ways. Aside from entertaining viewers with incredibly charming characters, an amusing sense of humor and a spectacular soundtrack of original songs, it inspires them to find enchantment in their own lives, chase it to the ends of the earth and then drive it like they stole it. (5 Stars)