‘The Gift’ chills, ‘Ricki and the Flash’ rocks and ‘Shaun the Sheep’ delights

Among the new movies that were released Friday, Aug. 7 are a psychological thriller starring Jason Bateman and Joel Edgerton, a drama in which Meryl Streep plays a guitar heroine and a dialogue-less animated adventure about a flock of sheep.

Robin Williams plays a devoted husband in a marriage of convenience who is forced to confront his secret life. (R – 88 minutes)

It is difficult to determine whether or not it is a good thing that “Boulevard,” which features Robin Williams’ final dramatic performance, has been released rather than swept under the rug. On the one hand, Williams gives a brilliant performance that truly illustrates what a tremendous talent we have lost with his passing. On the other hand, the movie is quite bad – slow, boring and seemingly incomplete. To make matters worse, its subject matter is somewhat disconcerting, especially given the fact that the heartache we see on the screen may not be all acting. All things considered, this movie – tragically – may be best left unseen. (Thumbs Down!) 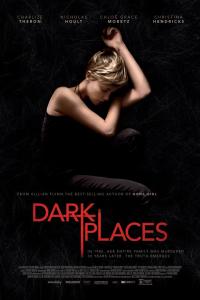 Charlize Theron plays a woman who, 25 years after testifying against her brother as the person responsible for massacring her entire family, is approached by a secret society that specializes in complex, unsolved cases. Nicholas Hoult, Corey Stoll, Christina Hendricks, Tye Sheridan and Chloe Moretz also star. (R – 114 minutes)

“Dark Places” is a twisty, noir-like mystery that keeps audiences guessing through to the very end. Star Charlize Theron expertly embodies a tortured woman desperate to finally put the past – and especially the painful emotions that surround it – behind her. The actress’s performance is compelling, drawing viewers even closer to the meticulously unraveling mystery. Even its frequently time-jumping chronology does not detract from one’s engrossment and instead increases engagement. It is somewhat slow but never the least bit boring as the puzzle pieces calculatingly fall into place. (Thumbs Up!) 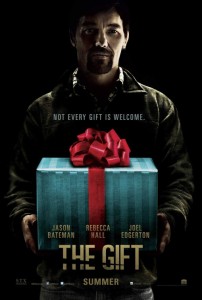 Jason Bateman plays a married man whose chance encounter with his former high school classmate (Joel Edgerton) sends his world into a harrowing tailspin. After a series of uninvited encounters and mysterious gifts prove troubling, a horrifying secret from the past is uncovered after more than 20 years. (R – 108 minutes)

“The Gift” will keep you on the edge of your seat, raise up the hairs on the back of your neck and incite an awful lot of reflective thought that will then lead to some truly intelligent post-viewing discussion. The new psychological thriller therefore stands out in the crowd for its multifaceted entertainment value. First-time writer/director Joel Edgerton electrifies with his Hitchcockian-like abilities behind the camera but it is his chilling performance in front of it that leaves the most lasting impression; although it may be argued that his co-star Jason Bateman’s non-comedic turn is equally extraordinary. (Thumbs Up!)

‘Ricki and the Flash’ 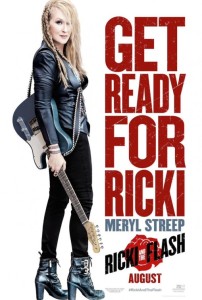 Meryl Streep plays a guitar heroine who gave up everything for her dream of rock-and-roll stardom but is now returning home to make things right with her family. Mamie Gummer, Rick Springfield and Kevin Kline also star. (PG-13 – 102 minutes)

It is hard to imagine that “Ricki and the Flash” would have ever been greenlit if star Meryl Streep were not already on board. Granted, she is as magnetic as usual, giving a performance that demonstrates her remarkable versatility. Her singing here is somewhat less impressive than it has been in “Mama Mia,” “A Prairie Home Companion” and “Into the Woods,” but her acting abilities are incomparably incredible. The story, however, is insufficient, serving as little more than an unstable excuse for Streep to parade around as a guitar heroine. So long as that shortcoming is understood and forgiven, the experience is adequately enjoyable. (Thumbs Up!) 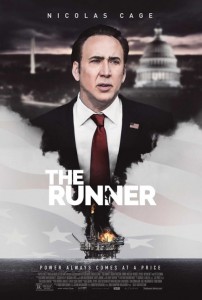 Nicolas Cage plays an idealistic but imperfect New Orleans politician who, in the aftermath of the BP oil spill, finds his plans of restoration unraveling as his own life becomes contaminated with corruption, scandal and deceit. (R – 94 minutes)

“The Runner” should probably have undergone a title change to “The Walker.” Or maybe even “The Exasperatingly Unhurried Trudger” if it were aiming for the greatest accuracy. After all, the new political drama’s pace is beyond slothful, asking audiences to follow star Nicolas Cage’s character’s desperate albeit well-intentioned attempt to climb out of a pit that he had dug himself. His story is occasionally intriguing if not mostly frustrating but the narrative lacks life; the movie offers melodrama without the emotion. Moreover, Cage stumbles over an accent that is meant to reflect the film’s New Orleans setting but comes across as a speech impediment. (Thumbs Down!)

When a sheep named Shaun decides to take the day off and have some fun, he gets a little more action than he bargained for. A mix up with the farmer, a caravan and a very steep hill lead he and his flock to the Big City and it is up to Shaun to return everyone safely to the green grass of home. (PG – 85 minutes)

“Shaun the Sheep” is extraordinarily simple, featuring a straight-forward story and absolutely no dialogue whatsoever. That approach may be a bit counterintuitive in an age when animated adventures are predominantly populated with clever quips and elaborate narratives. However, without having to worry about such superficial aspects, writers/directors Mark Burton and Richard Starzak’s resources are freed up so they can instead focus on delivering incomparable creativity – which they undoubtedly do. The end-result is a charming, heart-warming, exciting and hilarious movie that will delight audiences of all ages as the best animated adventure of the year. (Breakthrough!)