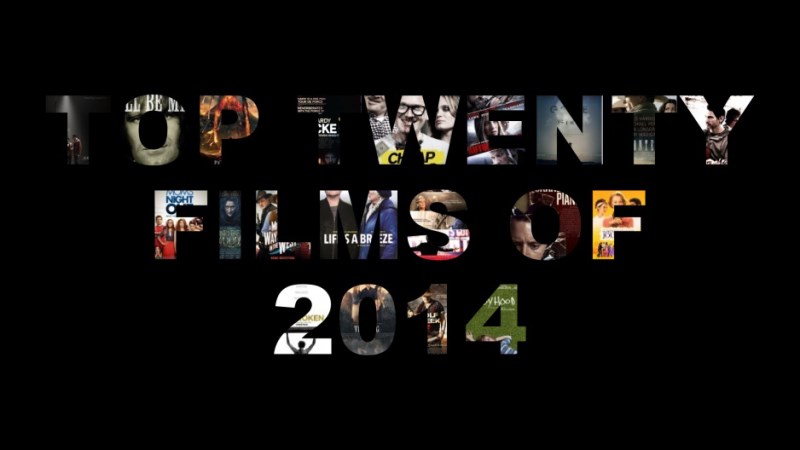 20. “Jersey Boys’” look alone is enough to enchant older audiences while younger viewers will be smitten by its story. And then there is the music, which transcends age and transports everyone to a far simpler time.

19. “Glen Campbell: I’ll Be Me” will break your heart. However, it will also inspire your spirit as it is both remarkably fascinating and exceedingly affecting, culminating with a song that in and of itself is enough to bring anyone to tears.

18. “Pompeii” an absolute blast, entertaining viewers first with engrossing melodrama before eventually having all hell break loose upon it. What it lacks in historical significance it more than makes up for in spectacle.

17. “Locke” is engrossing and star Tom Hardy’s dynamic performance, essentially contained to his unique delivery of this dialogue – which is modified for each person to whom he is speaking – is a spellbinding tour de force.

15. “Autumn Blood” is an astonishingly chilling thriller. This immensely visual experience will magnetize you to the edge of your seat and steal your breath away. It is the rare motion picture that is as poetic as it is enthralling.

14. “Gone Girl” is one of the most incredibly involving thrillers of the year, taking viewers on one hell of a ride. It is certain to unsettle and maybe even make the world a more cynical place when it comes to relationships.

13. “Frontera” is a fantastically absorbing drama that marches through heartache to hope. Its final moments are guaranteed to take your breath away while the rest will incite interminably moving meditation.

12. “Rudderless” is an authentically affecting film, elevated by a gut-wrenching twist, a stellar soundtrack and an emotional performance from Crudup that is certain to speak to fathers, sons and anyone else afflicted with heartache.

11. “Moms’ Night Out” draws viewers in with a lot of laughs while dispensing a very admirable message, affording audiences of all ages a rollickingly fun time and allowing the significance of this side-splitting story to be brought out organically.

10. “‘Into the Woods’” energy and enthusiasm are exciting as songs, storylines and characters collide into one extravagant amalgamation. The experience’s uniqueness endures long after you have left the theater.

9. “A Million Ways to Die in the West” is one of the most fun films of the year as it slays with nonstop hilarity, succeeding at making not only an uproarious laugh-fest but also a competent – albeit contemporarily spoken – Western as well.

8. “Life’s a Breeze” authentically reflects both the intense highs and the extreme lows that we experience in life, likely eliciting a few tears before ending on a note of exceptional hopefulness that is certain to paint a permanent smile on your face.

7. “One Chance” is one of the most energizingly feel-good films of the year, capable of encouraging even the most crestfallen viewer to get back up and chase their dream to the ends of the earth.

6. “Grand Piano” is so suspenseful, intriguing and intense that it has your heart racing right alongside the musical score’s frantically paced tempo while taking full advantage of every visual angle imaginable to keep viewers on the extreme edges of their seats.

5. “The Hundred-Foot Journey” essentially epitomizes the term “feel-good flick.” It is difficult to determine what is more delectable – the exceptionally charming story that warms your heart or the luscious looking cuisine that makes your mouth water.

4. “Unbroken’s” story of inconceivable survival encourages reflection and reassessment of one’s own seemingly insurmountable obstacles. This is empowering cinema at its strongest, taking viewers on a heartwrenching-yet-rewarding ride.

3. “The Song” tells a simple story with miraculous beauty, evoking a whirlwind of emotions among audience members – many of whom will not walk out with dry eyes and all of whom will be genuinely moved to profound internal reflection.

2. “Wolf Creek 2” gets your heart racing with a chilling chase through the Australian outback before eventually causing your blood to curdle as predator plays with his prey. It’s not only the year’s best horror movies – it’s one of the year’s best movies period.

1. “Boyhood” is one of the most unique cinematic experiences to which you will ever bear witness. The truthful beauty that emanates from this movie is guaranteed to leave you absolutely awestruck.