Among the new movies that were released Friday, Feb. 12 are a romantic dramedy starring Rebecca Hall and Jason Sudeikis, a documentary from Michael Moore and a comedy sequel starring Ben Stiller.

Thomas Jane plays a troubled veteran who gets a chance at redemption by protecting a 12 year-old girl from an assassin (Laurence Fishburne) after she witnesses a murder. Holding a shotgun with a single shell, he engages in physical and psychological warfare in a desperate fight for the girl’s life. (R – 80 minutes)

“Standoff” holds your attention – and your nerves – hostage for the duration of its runtime with a super simple premise, some snappy dialogue and a pair of fine performances from its actors. The new single-setting thriller is not about flashy special effects or explosive action sequences. Instead, it concentrates on building and maintaining suspense and, as a result, succeeds at entertaining audiences every step of the way. Writer/director Adam Alleca uses a brisk screenplay and excellent sense of place to keep tension extremely high from beginning to end while stars Thomas Jane and Laurence Fishburne are each other’s perfect foil. (4 Stars) 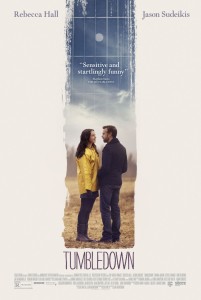 Rebecca Hall plays a small town journalist who, struggling to write the biography of her late husband, meets a brash, smart-alecky New York academic (Jason Sudeikis). The unlikely pair strike up a deal to collaborate on the book, forcing them to confront truths about themselves and the possibility that the next chapter in their lives may involve each other. (R – 105 minutes)

“Tumbledown” is a romantic dramedy that is less about passion than it is about the way in which we genuinely affect one another. As a result, it is far more emotionally resonant than the genre’s typical fare. The movie is sometimes slow and we never quite care about the recently deceased folk singer at the center of the story as much as director Sean Mewshaw and screenwriter Desiree Van Til might want us to, but we witness an authentic transformation in Rebecca Hall’s and Jason Sudeikis’s characters that encourages honest introspection. And by the end, we are truly touched by their profound connection. (3 Stars)

‘Where to Invade Next’ 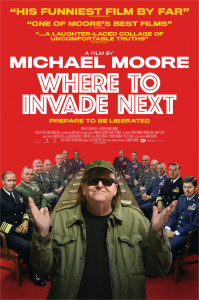 ilmmaker Michael Moore visits a host of nations to learn how the U.S. could improve its own prospects and discovers that the solutions to America’s most entrenched problems already existed in the world – they’re just waiting to be co-opted. (R – 110 minutes)

If ever there was a movie that made you want to live in another country – any other country than America – then “Where to Invade Next” would be it. Michael Moore’s new documentary demonstrates with the filmmaker’s trademark wit that those in other countries lead far better lives than we do. Witnessing their health, wealth and happiness will undoubtedly make most moviegoers as envious as they are entertained. In addition to shining a spotlight on the good old U-S-of-A’s deficiencies in such as way that makes us simultaneously laugh and think, Moore presents several solutions to improve what we naively believed was the best country in the world. (4 Stars) 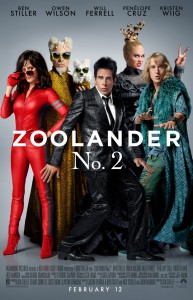 Ben Stiller and Owen Wilson reprise their roles as models who this time face a threat to their continued success. Other stars include Will Ferrell, Penélope Cruz and Kristen Wiig. (PG-13 – 100 minutes)

“Zoolander 2” is silly, simple-minded and… well… stupid. That is not necessarily news as said characteristics are likely not only expected but actually appreciated by fans of the first film. However, they do tend to overwhelm (or underwhelm, depending on your particular perspective) and yield more groans than laughs thereby making the new comedy sequel somewhat unsatisfied. Still, it remains consistently entertaining thanks to the sheer number of actors who appear in roles ranging from supporting characters to quick cameos. That aspect alone is amusing enough to warrant a watch. The overpowering desire to sport a Blue Steel pose in your next driver’s’ license photograph is just icing on the cake. (3 Stars)