Among the new movies that were released Friday, Sept. 26 are a comedy that takes on Christianity, a big-screen reboot of an 80’s television series and a modern-day interpretation of “The Song of Solomon.” 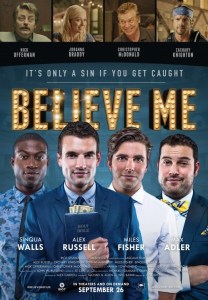 “Believe Me” is a remarkable rarity – a Christian-themed film that does not hit viewers’ over their heads with a message yet manages to naturally relay a great deal of spiritual significance through its story. As a result, the new comedy not only genuinely encourages introspection among its audience but also generates a lot of laughs along the way. More importantly, the biggest laughs and deepest reflection will be experienced by those who would ordinarily be unresponsive to religious themes thanks to its uniquely self-satirical approach. The film’s only flaw is its perplexingly open-ended conclusion. (Thumbs Up!)

Josh Charles plays a Silicon Valley engineer who abruptly chucks his job, breaks things off with his wife and holes up in his room at an airport hotel on the outskirts of Paris. Soon, fate draws him and a young French maid (Anaïs Demoustier) together. (NR – 128 minutes)

“Bird People” spends an awful lot of time flapping its wings without ever truly taking flight. The new drama is excruciatingly dull from beginning to end and appears to be more concerned with creating a masterpiece of metaphor than it is with entertaining moviegoers. Star Josh Charles gives an appealing performance but the story is too slow to keep audiences engaged – especially when symbolism is frequently flying over everyone’s heads when it is not hitting them smack-dab in the face. There is probably a very powerful poem hiding somewhere in this screenplay but as a motion picture its about a light as a feather. (Thumbs Down!) 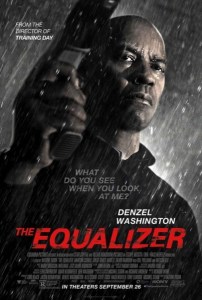 Denzel Washington plays a man who believes he has put his mysterious past behind him and dedicated himself to beginning a new, quiet life. But when he meets a young girl (Chloë Grace Moretz) under the control of ultra-violent Russian gangsters, he comes out of his self-imposed retirement and finds his desire for justice reawakened. (R – 132 minutes)

Somehow, “The Equalizer” manages to be both sluggish and rushed at the same time. Watching the film feels almost like skimming through an entire season of a television series, stopping on not just the action-packed parts but also the inevitable time-filler and skipping some significant scenes. That reaction may not be all that surprising, though, as the new crime thriller is a big-screen reboot of an 80’s television series by the same title. Having said that, it is undeniably compelling with undiluted violence that will sear your senses into submission, proving for the second time that King Kong ain’t got nothin’ on an Antoine Fuqua/Denzel Washington team-up. (Thumbs Up!) 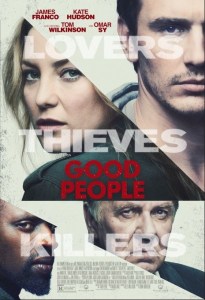 James Franco and Kate Hudson play a couple that discovers a cache of cash in their dead tenant’s apartment and takes the money to pay off their debts only to find themselves the target of a deadly adversary – the thief who stole it in the first place. (R – 100 minutes)

It really is a shame that “Good People” is not a better movie. After all, the new thriller has got not only two strong leads in James Franco and Kate Hudson but also a thought-provoking theme about the things that we might do just to survive through our struggles. It has got one hell of nerve-racking, nearly dialogue-free finale, too. Unfortunately, the scenes that lead up to it are thoroughly lethargic, consisting of a series of whispered conversations in low-lit settings, thereby making it difficult to remain interested and engaged while reducing the potency of its theme. (Thumbs Down!)

‘Jack and the Cuckoo-Clock Heart’ 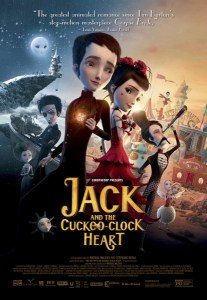 A young man whose heart was replaced with a clock when he was born must avoid feeling strong emotions – especially love – but he struggles to keep his feelings under wraps. (PG – 102 minutes)

“Jack and the Cuckoo-Clock Heart” is a whimsically imaginative animated adventure. However, there are probably very few people to which the motion picture will appeal. It is far too dark and dreary for children while its Attention Deficit Hyperactivity Disorder-like style will be a bit too chaotic for adults. Moreover, while its musical themes are kind of catchy, the lyrics will soar straight over most American audience members’ heads. It is a conundrum as to whom this movie was made for. Either the children in its country of origin France are refined goths or the adults drink way too much coffee. (Thumbs Down!) 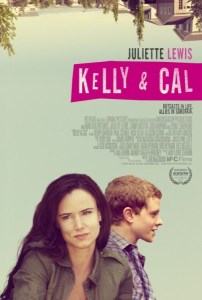 Juliette Lewis plays a punk-rocker turned suburban mom who is nostalgic for the life she no longer has and uncertain of a future where she does not yet fit in. Jonny Weston plays a teenager who is frustrated at his lack of control over the hand he has been dealt. When the two neighbors meet, they find in each other an unlikely but much-needed connection to the world. (NR – 107 minutes)

It is unsettling to see how the relationship between a middle-aged suburban mom and a handicapped teenager is viewed as a therapeutic thing in “Kelly and Cal.” Granted, it is a mostly innocent-although-unlikely friendship and Juliette Lewis’s character does not escape unscathed for her failure to be the responsible adult, but it would be an entirely different story if the sexes were switched. Although the dynamic between the two title characters’ circumstances is moderately intriguing and Lewis gives a great performance, the plot is particularly uneventful and therefore also prosaic. (Thumbs Down!) 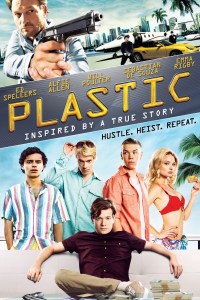 Ed Speleers plays a young man who leads a ring of recruited university students to become credit card thieves to supplement their income. However, when they inadvertently rob a notorious gangster (Thomas Kretschmann), they are then forced to up their game and take their scam on the road to Miami – the city of “high stakes” – to pay off their debt. (R – 102 minutes)

“Plastic” is promising but plagued with a plethora of problems that make it not only bad but actually annoying. First and foremost, the new crime actioner disappointingly contradicts its title and abandons its compelling credit card angle in exchange for a far more blunt – and boring – jewelry heist. Its characters are also much more cardboard in nature while its action sequences are mind-numbingly messy and noisy, stealing all potential for suspense. Star Emma Rigby is nice to look at but do not allow her beauty to con you into seeing this nonsense that gets worse with each passing minute. (Thumbs Down!) 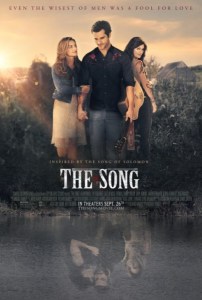 Alan Powell plays an aspiring singer-songwriter whose life and marriage suffer when the song he writes for his wife (Ali Faulkner) propels him to stardom. (PG-13 – 112 minutes)

“The Song” tells a simple story with miraculous beauty. Inspired by “The Song of Solomon,” the new faith-based flick certainly possesses several spiritual themes that elevate its significance for Christian viewers. But by no means should that drive away the general moviegoing population as love is the heart and soul of this remarkable romantic drama with a sensational soundtrack. Alan Powell and Ali Faulkner give truly powerful performances that evoke a whirlwind of emotions among audience members – many of whom will not walk out with dry eyes and all of whom will be genuinely moved to profound internal reflection. (Breakthrough!)

Mia Wasikowska portrays a young woman who leaves her life in the city to make a solo trek through almost 2,000 miles of sprawling Australian desert. Accompanied by only her dog and four unpredictable camels, she sets off on a life-changing journey of self-discovery. (PG-13 – 110 minutes)

“Tracks” – which is based on a true story – never really makes it explicitly clear as to why star Mia Wasikowska’s character decides to embark on a 2,000-mile solo trek across Australia. As a result, the viewer is never fully invested in her journey nor inspired by her insistence to complete it. However, the part of us that is cognant of the fact that sitting in the movie theater does not really constitute living life to the fullest appreciates her sense of adventure. Moreover, Mandy Walker’s transportive cinematography alone is reason enough to accompany Wasikowska’s character – as is the quartet of cute camels. (Thumbs Up!) 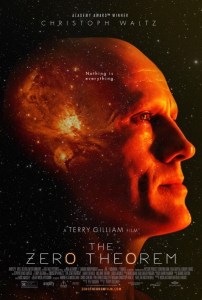 Christoph Waltz plays a computer hacker whose goal is to discover the reason for human existence. However, he continually finds his work interrupted thanks to management’s distractions – namely, a teenager (Lucas Hedges) and lusty love interest (Mélanie Thierry). (R – 107 minutes)

“The Zero Theorem” is philosophical foolishness. Maybe this motion picture makes sense to some people – primarily director Terry Gilliam – but most moviegoers’ eyes will glaze over while sitting through this mess of sci-fi mumbo jumbo. Granted, it looks good as Gilliam’s imagination is a veraciously visceral playground. But the story is simply too bizarre to sustain one’s interest – much less effectively follow all the way to its conclusion which, by the way, does not increase the clarity even one bit. Star Christoph Waltz is captivating, as usual, and co-star Mélanie Thierry is excellent eye-candy but, beyond that, it is a sloppy waste of creativity. (Thumbs Down!)