Among the new movies that were released Friday, Oct. 24 are “The Blair Witch Project” co-director Eduardo Sanchez’s return to found-footage horror, a cinematic scarefest centered around a Hasbro board game and a thriller inspired by a short story written by Edgar Allen Poe. 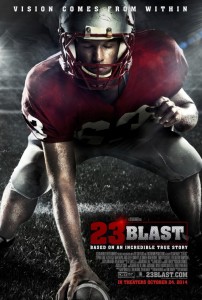 Mark Hapka plays a high school football star who is suddenly stricken with irreversible total blindness and must decide whether to live a safe handicapped life or bravely return to the life he once knew and the sport he still loves. (PG-13 – 98 minutes)

“23 Blast” is inspiration incarnated. It is impossible to watch the new sports drama – which is based on a true story – without reflecting on your own life and pondering how you can overcome your own seemingly insurmountable challenges. Paired perfectly with an at-home viewing of 2011’s terrific “Touchback,” actor Dylan Baker’s directorial debut is the kind of football flick that transcends the game, exciting and encouraging all audiences. And just when you think you cannot be any more moved, a reveal during the end-credits scores a triumphant field goal, topping off what was already a touchdown. (Thumbs Up!)

‘The Amazing Wizard of Paws’ 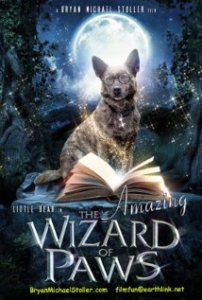 Will Spencer plays a boy who, along with his faithful therapy dog, stumbles upon an ancient wizard’s mystical book of spells and finds himself suddenly graced with extraordinary magical powers. (NR – 95 minutes)

When “The Amazing Wizard of Paws” has its four feet set squarely on the ground, it is as charmingly old-fashioned as writer/director Bryan Michael Stoller’s previous motion picture “First Dog.” However, the new family flick appears to aspire to be something more ambitious, introducing several supernatural story elements that require special effects – the kind that, with an independent filmmaker’s modest budget, are about as believable as the film’s far-fetched plot. The end-result may enchant young children but will likely beleaguer older viewers – including the ones who should accompany kids to explain the darker dramatic details. (Thumbs Down!) 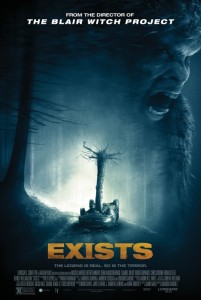 Five friends embark on a weekend of camping in the Texas Big Thicket but visions of a carefree vacation are shattered with an accident on a dark and desolate country road. In the wake of the accident, a bloodcurdling force of nature is unleashed – something not exactly human but not completely animal; an urban legend come to life. (R – 86 minutes)

After 15 years, “The Blair Witch Project” co-director Eduardo Sanchez has finally returned to found-footage horror with “Exists.” And while the end-result is not the genre-changing chiller that his earlier effort was, it is still leaps and bounds better than other filmmakers’ attempts. The difference is Sanchez’s knack for suspense surrounding the unknown. Granted, we get some pretty good glimpses of Bigfoot, but Sanchez ensures that he is shrouded in mystery for most of the movie while once again enlisting the creepy characteristics of the woods to actualize anxiety and produce panic. (Thumbs Up!) 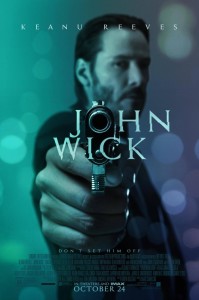 Keanu Reeves plays an ex-hitman who, with New York City as his bullet-riddled playground, comes out of retirement to track down the gangsters that took everything from him. (R – 96 minutes)

“John Wick” may be mildly entertaining but the style with which it is presented is also annoying. During the down time, the new actioner feels less like a movie and more like a 90-minute commercial for a luxury vehicle, top-shelf alcohol or some other upper-class thing. But when the flick kicks it into high-gear, it comes across like some sort of super-violent, first-person-shooter video game. Both impressions result in the same reaction – mesmerizing monotony, which is only made worse by the mindlessness of it all. Having said that, those who have been waiting to see expressionless star Keanu Reeves kick butt again may still be satisfied. (Thumbs Down!) 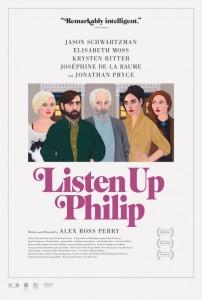 Jason Schwartzman plays an author who, while awaiting the publication of his second novel, feels pushed out of his adopted home city by the constant crowds and noise, a deteriorating relationship with his photographer girlfriend (Elisabeth Moss) and his own indifference to promoting the novel. However, when his idol (Jonathan Pryce) offers his isolated summer home as a refuge, he finally gets the peace and quiet to focus on his favorite subject – himself. (NR – 108 minutes)

“Listen Up Philip” plays like an audiobook; a very descriptive audiobook in which the only thing more annoying than the incessant narration is its title character. In all fairness, star Jason Schwartzman is probably perfect for the role of a gratingly self-absorbed writer. But the story is lacking any lessons learned and therefore absent of any character arc, which is a necessary narrative element. Moreover, if the motion picture’s protagonist gets on your nerves to a point at which the viewing experience is actually excruciating, then whatever writer/director Alex Ross Perry was trying to accomplish has obviously failed. (Thumbs Down!)

Olivia Cooke, Ana Coto, Daren Kagasoff, Bianca Santos and Douglas Smith play friends who must confront their most terrifying fears when they awaken the dark powers of an ancient spirit board. (PG-13 – 83 minutes)

“Ouija” could have just as easily been titled “Generic Ghost Movie No. 890” as the spirit board is merely a placeholder in a formula that has used everything from music boxes to dolls as the novelty that holds everything together. But then Hasbro wouldn’t sell any board games now would it? The pace is deathly slow, the dialogue is downright ghastly and the scares are almost nonexistent. But worst of all is the fact that the film suddenly rushes through its final act as though even writer/director Stiles White and co-writer Juliet Snowden became bored with the story and decided to quickly skip to the end. (Thumbs Down!)

Breakthrough Interviews: Chairman of the (Ouija) Board Robert Murch (Talking Board Historical Society) 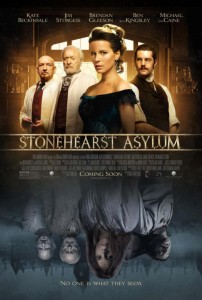 Jim Sturgess plays a young doctor who arrives at an insane asylum in search of an apprenticeship and is warmly welcomed by its superintendent (Ben Kingsley) and a mesmerizing woman (Kate Beckinsale). However, a series of unusual events leads him to make a horrifying discovery, pushing him to the limits of his conscience. (PG-13 – 112 minutes)

There is plenty of promise in “Stonehearst Asylum.” For starters, the new thriller is inspired by a short story written by Edgar Allen Poe that, if the setup is any indication, is pretty provocative. Its cast is also quite incredible – with all three leads turning in terrific performances. However, with one too many twists taking place before all is said and done as well as a romantic elements that simply does not sit right, the movie misses its macabre mark, making its potential to chill bones both begin and end with its spine-tingling set design. (Thumbs Down!)